Home » Fortnite Imposters Mode is Inspired by Among Us, They Admit

Fortnite Imposters Mode is Inspired by Among Us, They Admit 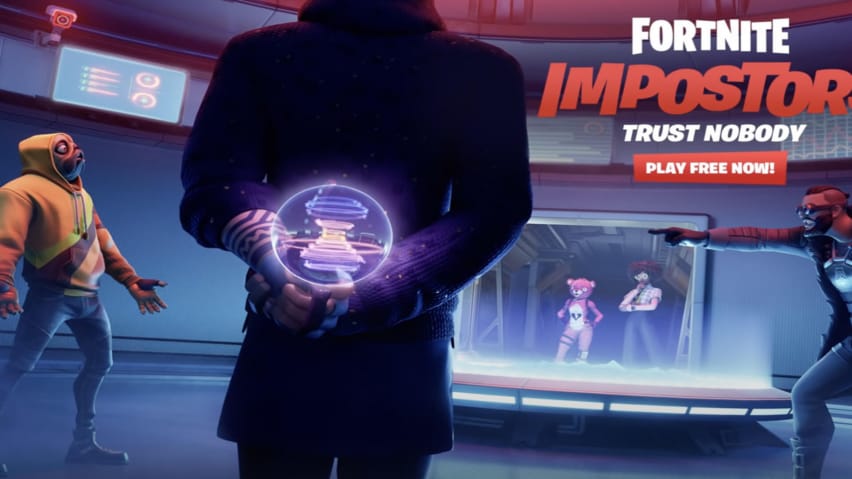 A couple months ago, Fortnite added an Impostors game mode which was basically Among Us done in the Fortnite engine. In a recent blog post for the newest update, the game acknowledges that Imposters is indeed inspired by Among Us.

Fortnite’s Impostor mode has players performing tasks to fill up a meter, but some players are secretly trying to kill the other players, and meetings can be held to vote out players who may or may not be impostors. If you know how Among Us plays, you know almost exactly what to expect from Impostors. Innersloth, the developers behind Among Us, could see the similarities as well, and voiced their unhappiness with the mode, with some pointing out that they would have been happy to collab with Fortnite. Given the many, many collaborations Fortnite has had in the past, their disappointment is understandable.

However, a recent update to Fortnite now credits Innersloth’s big game. In a blog post for the 18.20 patch, Epic notes that the update “brings improvements to Impostors, the game mode inspired by Among Us from Innersloth!” As for updates to the mode, players can now choose their preference for Agent or Impostor, which increases the chance they get their preferred role. There’s also a new open voice chat that has two separate rooms for living players and dead players.

Among Us isn’t the only thing Fortnite has borrowed from in a questionable manner. Folks like rapper 2 Milly and Alfonso Riberio have sued Epic over using their iconic dance moves in the game without crediting the original artists. These legal battles have been a bit of a gray area, however. While it’s possible to copyright a dance, individual moves can’t aren’t subject to copyright. Along with the awkward Martin Luther King Jr. event, it paints a marred track record with Black creators.