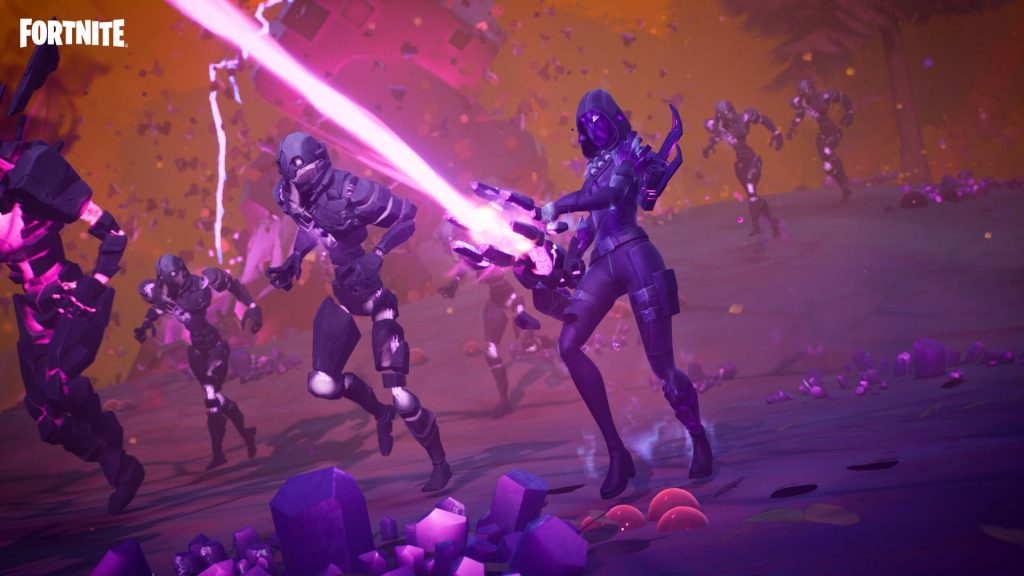 Fortnitemares has returned to Fortnite Season 8, which has seen the roll out of some spooky skins. At the same time, donation boards have been updated to pit two more weapons against each other. In addition, Fortnite Season 8 has not been short on leaks. The leaks have pointed towards mechs, which could return later in the season, and a sliding mechanic that Epic Games is allegedly working on. Now, a new leak has shared details on a Boss Mythic weapon which could be added into Fortnite.

The prominent Fortnite leaker known as HYPEX, shared the details of an unfinished Boss Mythic Tactical Pistol on Twitter. Depending on its rarity, the weapon is supposedly able to deal between 23 and 29 damage. Also, HYPEX states that there is a 2x damage multiplier if you hit a headshot. Further stats have also been shared to show just how strong the unfinished weapon could be. The reload time is 1.2 seconds, it has a magazine size of 15, and it has a tight bullet spread. The fire rate is thought to mirror regular pistols already present in Fortnite Season 8.

When could we see the Boss Mythic Tactical Pistol in Fortnite?

Without any confirmation from Epic Games, we can not say for sure if the leaked weapon will arrive in Fortnite. The fact that the leaked Boss Mythic Tactical Pistol is unfinished could suggest it may be a while until we get any more details. Its unfinished nature could also mean that the weapon has been scrapped all together.

The name of the weapon could point toward a new boss getting ready to cause chaos in Fortnite. There are plenty of possibilities with this leak, and we’ll find out if and when the Boss Mythic weapon officially releases in Fortnite. However, there is no doubt that players will be battling to get their hands on it if it does make its way to the island.

There’s an unfinished Boss Mythic Tactical Pistol, here are its stats as of now (in rarity order):