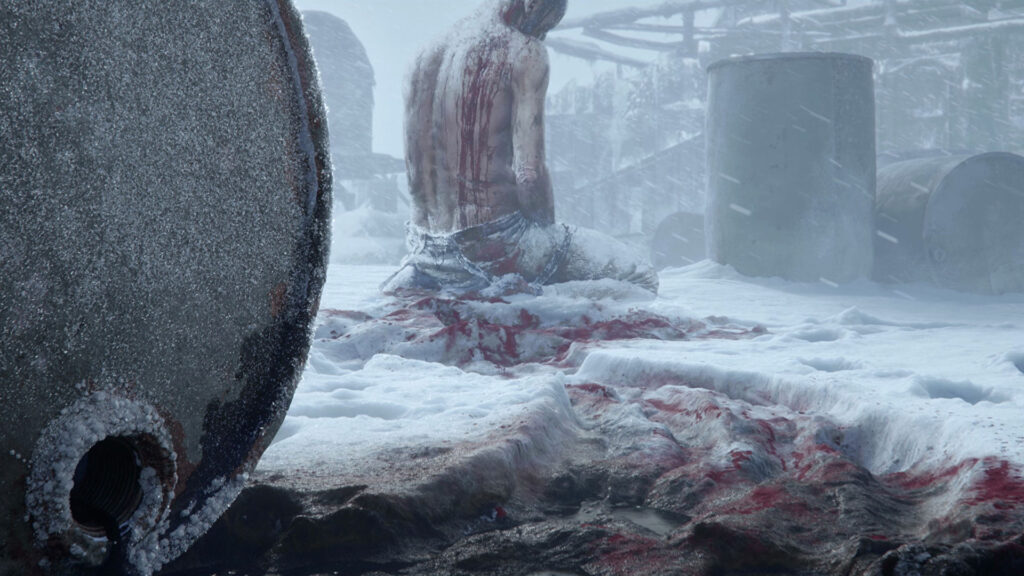 Tis the season to spaff your marketing budget on big announcements with lavish trailers and cars descending from auditorium ceilings, but Frostpunk developers 11 Bit Studio are playing this one low-key. Today they put out a video titled “A Tease Of Things To Come…” which sure looks like something Frostpunk-y, though they say absolutely nothing about what it is. They have previously mentioned wanting to make a RPG spin-off, so maybe this is that. Or a straight sequel. Or… dunno. They say they’ll actually announce the game in August.

“The wasteland covered by snow’s quilt seems quiet, calm, asleep as if the wind was its lullaby,” the trailer’s description says. “Yet, the crimson scars mark the battleground for precious resources worth breaking up alliances over.”

They added on Twitter, “Beyond snow-covered tracks, with wasteland upon wasteland, we go hoping against hope.”

That’s about all they have to say, though they tag it #NewGame so hey, it’s their new game. The trailer’s just a teaser for the actual announcement, coming on August 12th.

In 2019, 11 Bit marketing director Patryk Grzeszczuk did hint that they were considering making an RPG. He told GamesIndustry.biz that they’d built Frostpunk very much as a universe that could house future things.

“We wanted to create a world, and then fill that world with stories, with places, and then build connections between them,” Grzeszczuk said.” “[The DLC] is expanding on the universe, it is adding new story, and explaining some things that might be hinted at in the past. This is what really drives us; the world of Frostpunk is growing, and we’re thinking that, in the future we should think about, maybe not a sequel, but a spin-off — an RPG set in the same universe.”

So maybe this mystery game is an RPG? Or a sequel. Or… but surely it’s some form of Frostpunk. Normally I’d say “This is garbage, what a terrible trailer, what a bad announcement, what’s even the point of this” and delete the e-mail but, well, Frostpunk’s a decent game.

The grim settlement-building management sim is set around a lone megafurnace as the world falls into a deadly global freeze, and it’ll take careful planning and difficult decisions for your colony to survive. Basically, it’s Snowpiercer but not on a train. See our Frostpunk review and the RPS verdict for more on it.

Frostpunk is spinning off a board game too, made by Glass Cannon Unplugged after raising a whopping €2.5 million (£2.1m) on Kickstarter.