Home » Fuga: Memories Of Steel is a strategy RPG with a giant child-powered tank

Fuga: Memories Of Steel is a strategy RPG with a giant child-powered tank 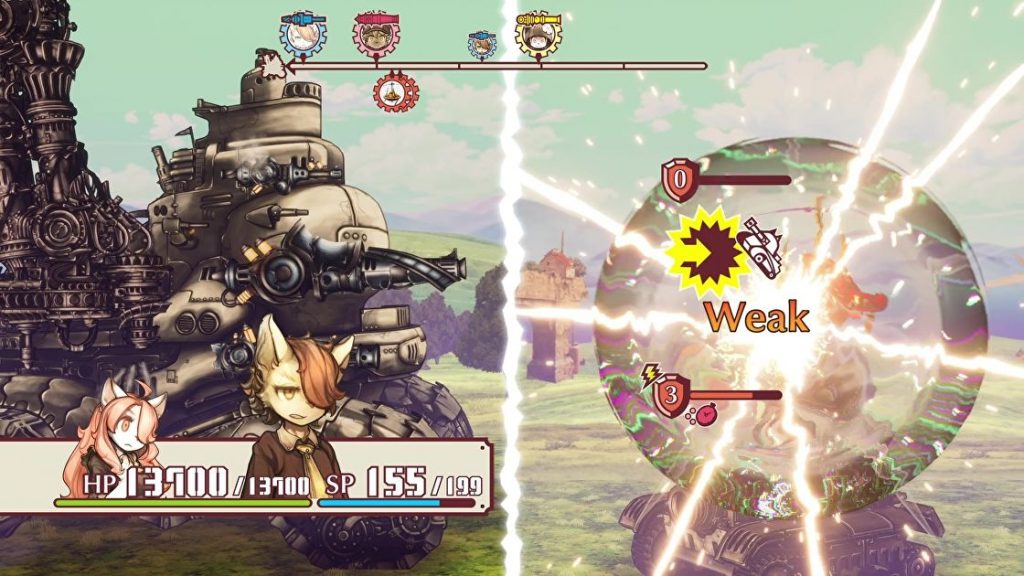 Fuga: Melodies Of Steel is set during an anthropomorphic animal anime World War 2 in which your parents have been taken by the dog Nazis. Still with me? You and your fellow cat children find Howl’s Moving Tank in a cave and set about getting your families back, with turn-based, RPG battles.

You also discover at the end of the tutorial that your giant angry house has a “Soul Cannon”, which is a gun that only fires if you feed it the soul – and permanently kill – one of the children.

I’m enjoying it so far. During battles, you choose which children to place at which gun position, and each kid brings their own particular weapon and skills. Battles play out on a timeline, with some of your moves able to delay enemy attacks.

In between battles, your kids can walk around the truly vast tank – it really is a three-storey house – and chat with one another. As their relationships grow, so do their “Link abilities”, special movies you can drop in combat if two friendly kids are placed at the same gun. It’s a little bit Fire Emblem, then, but it so far seems a lot lighter on the story front, instead focusing on making interesting decisions about how you spend your resources.

The Soul Cannon will wipe out any enemy you’re facing in a single shot and only activates at certain times, and it seems like its use is at least mostly optional. If your tank is destroyed outright, there’s a time rewind mechanic that lets you leap back and retry the battle, so the penalty for persevering without murdering a child seem pretty low.

To be clear, it’s not literally World War 2, although it is clearly inspired by it to the same degree as something like the Valkyria Chronicles series. Fuga is instead the fourth game in the Little Tail Bronx series, though it seemingly tells a standalone story. It’s a prequel to Solatorobo, a 2010 Nintendo DS game.

You can grab Fuga: Melodies Of Steel from Steam now, where it costs £31/€40. Like I say, I’m enjoying it so far, but I’ve only played a couple of hours.