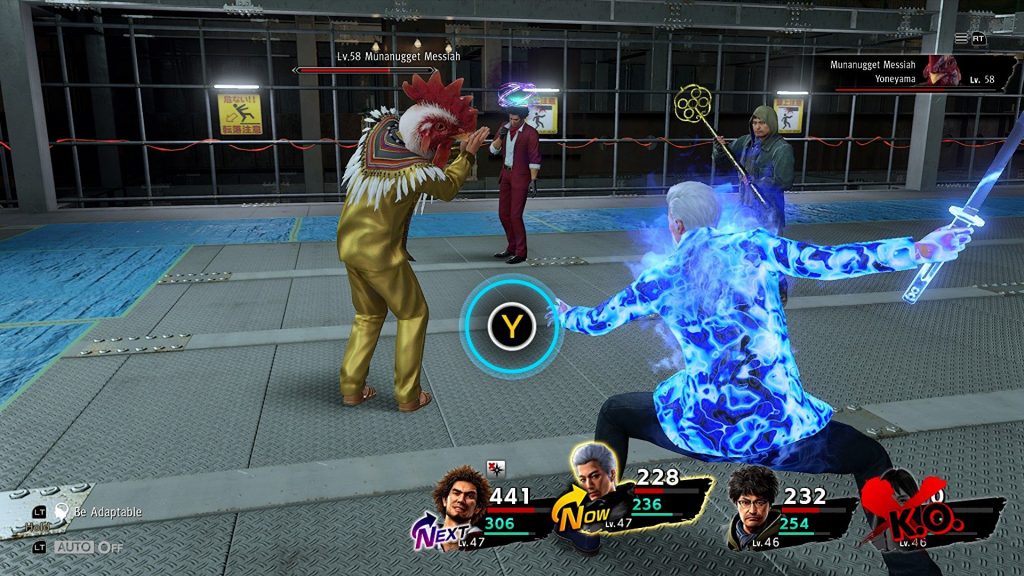 Yakuza series developers Ryu Ga Gotoku revealed a sequel to their spinoff series Judgement today. The announcement came and went without any mention of a PC release though, alas. It did produce an interesting detail about the future of the Yakuza series. After turning the traditionally beat ’em up brawler games on their head by switching to turn-based combat in Yakuza: Like A Dragon, RGG say that the series will continue in that style while the Judgement series carries the action game banner. Intriguing!


During today’s reveal, RGG were asked if they consdidered making Lost Judgement a turn-based RPG the way they did with the newest Yakuza game. “We did discuss the possibility of developing that battle system further for our next title,” said executive director Toshihiro Nagoshi, “and while we may pursue the turn-based system even outside the Yakuza series, the conclusion we ended up at was that because this is a different series, the best approach would be to keep them separate and refine what makes each series great.”


Keeping them separate, eh? So then does that mean that future Yakuza games will continue with the turn-based system?


“That’s right,” RGG tell IGN. “The Yakuza series has been transformed into a turn-based RPG. On the other hand, over the year, Ryu ga Gotoku Studio has accumulated resources and know-how of making flashy and exhilarating action games that are effortless to enjoy. We decided that we should let our signature action gameplay live on through Lost Judgment.”


It’s an interesting move. I did thoroughly enjoy Yakuza LAD, neither becasue of nor in spite of the new battle system. It did strike me as an experiment though—one which, interestingly began as an April Fools’ joke.


It was a successful experiment though. Turn-based Yakuza turned out pretty swell overall, thanks in part to its quasi-real-time turns. The battle system didn’t hinder the ridiculous fighting moves that the series is known for. Having a party of pals with you at all times was honestly great too as it meant even more interactions between excellent supporting characters. Ed explains why it worked so well and what he loved about it in the video up above.


The only real bummer was how turn-based combat turned big, chapter-ending fights into a bit of a trudge. “Classically, Yakuza games have featured these climactic, The Raid-esque missions where you crash your way to the top of a skyscraper and mince everyone with your washboard abs and steely glare,” Ed explains in his Yakuza: Like A Dragon review. “While not perfect, these sequences moved at a roaring pace. Like A Dragon has replaced them with dungeon crawls that essentially feel like you’re a snail inching through a set of drab, cardboard corridors.”


LAD’s battle system really did take the air out of those particular frantic and fun action sequences. If that’s my biggest beef with it though, I’m willing to be cautiously optimistic about how RGG plan to tinker with it next time we see a Yakuza game.


What do you think, fellow Yakuza and LAD players?

RGG announced that Lost Judgement will get a global launch on September 24th, 2021. It will release on PS4, PS5, and Xboxes One/X/S. The first Judgement game isn’t on PC either, so we may be waiting a while to get RGG’s classic action combat back.