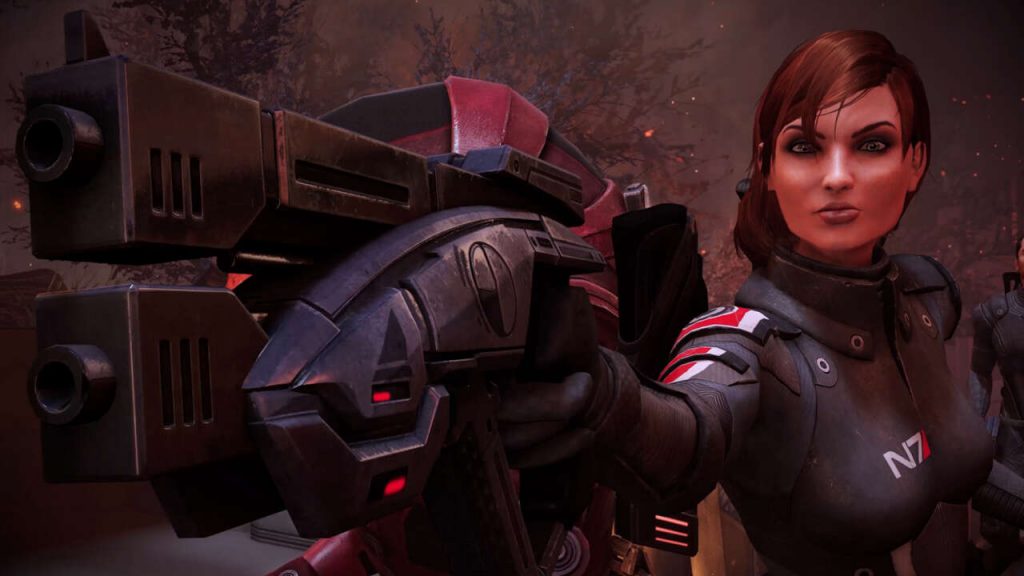 Mass Effect Legendary Edition, the remastered collection of the original trilogy, might be making its way to Xbox Game Pass soon. Polish website XGP snapped a shot of the Legendary Edition brandishing the Game Pass logo. However, it might not be the only Electronic Arts property making its way to the service. Recently, XGP noticed that Lost in Random was also listed for Game Pass. Neither of these are on the service right now, but there’s a chance it won’t be that way for long.

XGP spotted the games with the branding on the Polish version of the Xbox store. Sure enough, both Mass Effect Legendary Edition and Lost in Random still bear the Game Pass logo wedged into a corner. Naturally, you could chalk up as a mistake. Both Lost and the Mass Effect collection can be purchased through EA Play, which is part of Xbox Game Pass Ultimate. Technically, they both can be played through the service. However, the logo suggests that they might make the jump to Game Pass proper soon.

If either game is added, they’d be pretty comfy on the service. We already have a good collection of EA games through Game Pass, such as A Way Out and Star Wars Jedi: Fallen Order. There’s also the Dragon Age trilogy, along with the original three Mass Effect games. Considering the latter, Mass Effect Legendary Edition landing on the Game Pass is a given. It’s already believed that it will make its way to the service, and this news could be the hint that an announcement is on the way.

Lost in Random is another game that fits well with Game Pass. The action-adventure game released in September, and managed to earn some praise. Sadly, it seemed to disappear shortly after launch. Having it end up on Game Pass would be a boon for EA and the developer, as it will open it up to a massive audience looking for neat, artistic games.