Genshin Impact Inazuma – what can we expect from the next nation 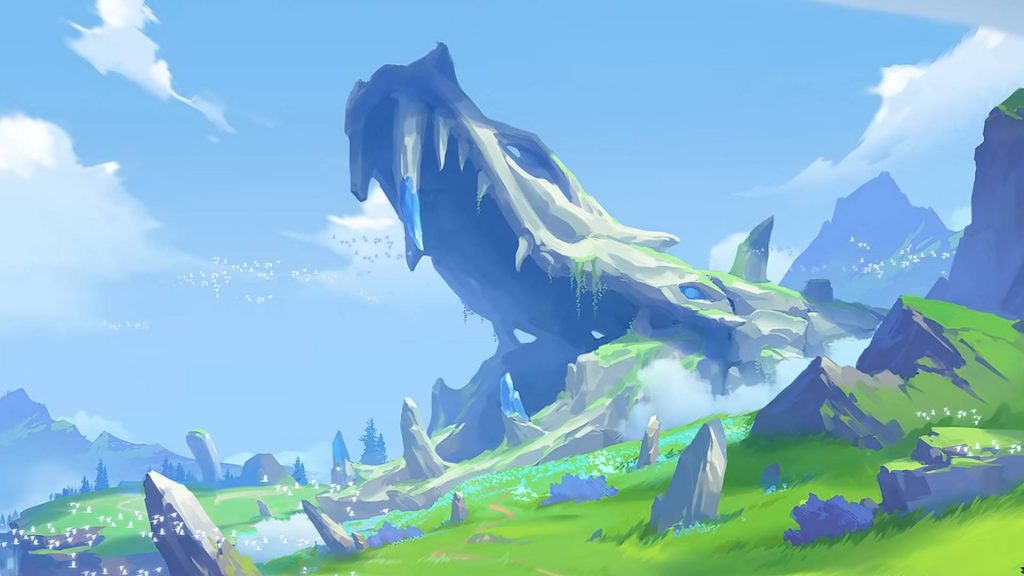 Looking for the Inazuma release date for Genshin Impact’s next region? Mihoyo recently teased the third region coming to Teyvat at the end of the 1.5 livestream, but murmurings of a new region have been around for a lot longer.

Rife with rumours, and a pleading community hungry for more places to explore in the open-world game, it looks like Inazuma isn’t far off, but do we want to go there? The atmosphere of her homeland is described by Atsuko – an NPC roaming Liyue Harbor’s docks in the ‘A Quiet Day in Liyue Harbor’ quest – as being ‘tense’ and ‘dangerous’.

The region is ruled over by the Electro Archon, Baal, a member of The Seven who has driven away the spirits of Inazuma and leads the suppressive governing body, Inazuma Bakufu. The borders are also patrolled by an authority called the Kanjobugyo, who make Inazuma notoriously difficult to come and go from, according to Atsuko, who comments ‘If you want to leave, you have to go through several stages of application and approval with the Kanjobugyo. Most people never get the chance to see the outside world.’

While it doesn’t sound like a peaceful, pleasant land, the prospect of uncovering this mysterious and guarded region is enticing to say the least. It looks like Baal could also be another key character in the story, similar to Zhongli and Venti’s role as vessels for the other Archons, and will probably involve an Archon Quest.

Although we don’t know when the Inazuma release date is, an Anemo Sword character from Inazuma, Kazuha, is rumoured to be joining the 1.6 update. Although this doesn’t necessarily mean the nation will unlock, we could garner more information about Inazuma itself in the lead up to its release date.

We did get a sneak peak at Inazuma locations, including Narukami Island which is described as ‘A silent witnessed by all inbound travels to Inazuma. The Grand Narukami Shrine and Sacred Sakura on the mountain, and the city of Inazuma on the coast.’ It shows a clifftop temple, and a beautiful waterfall cascading into green pastures.

On the horizon: The new and upcoming Genshin Impact characters

We also know Yashiori Island – ‘The skeleton of a great snake rests on this island. The presence of evil is palpable here.’ – will be another location to explore. From concept art we can see the giant skeletal remains of a snake, with long fangs sticking out the roof of the wide mouth. The rest of the island is covered in bone fragments, with shards of bone protruding from parts of the land and a shoreline covered in shipwrecks.

The Mikage Furnace is the smelting facility surrounded by rocky mountains. Although ‘war has brought production to a halt.’ Tatarasuna, Kannazuka is the mountain region surrounding the Mikage Furnace. Blossoms continue to bloom here, impervious to the effects of war.’ The concept art shows an idyllic, peaceful area of Inazuma covered in swathes of pale pink blossom.

Finally, Tenshukaku, Inazuma City has taken architectural inspiration from Japan, ‘standing tall on the highest point of the city.’ It’s surrounded by blossom trees and looks like it will be the most intriguing area to explore as it ‘watches over all under the Electro Archon’s dominion.’