Genshin Impact Releases Video of Barbara As A Vtuber 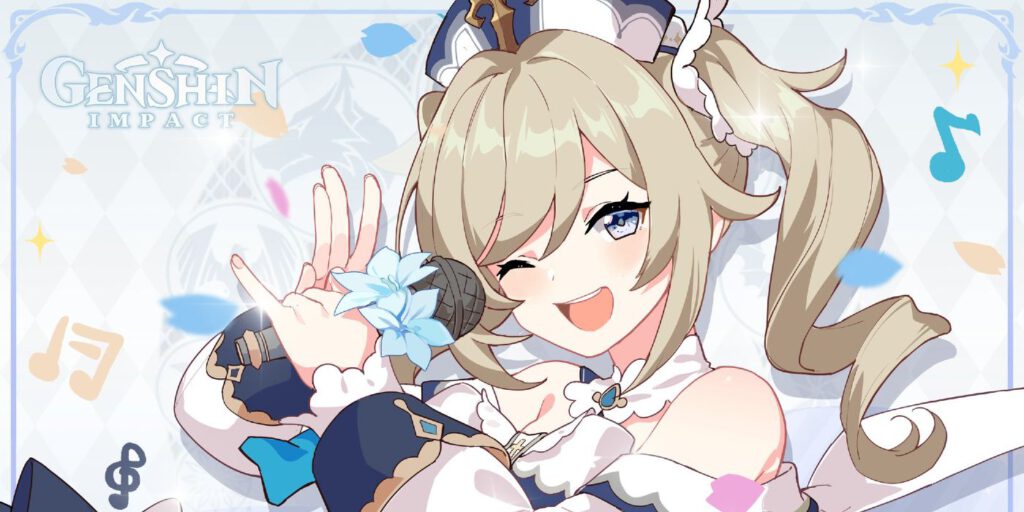 Genshin Impact developer miHoYo releases a video with Hydro character Barbara in which she talks to the Traveler using an animated VTuber model.

Genshin Impact fans are likely gearing up for the next chapter in the ongoing free-to-play action RPG, as Chinese developer miHoYo released a trailer for Genshin Impact Version 1.3 this week teasing its arrival on February 3, 2021. A new character named Xiao will be at the forefront of the next version update with his own summoning banner, however miHoYo has also paid special attention to one of the game’s original characters this week.

Barbara is a Hydro-element character with healing abilities from the in-game nation of Mondstadt who serves as both the Deaconess of the Favonius Church and a “shining starlet adored by all,” according to Genshin Impact‘s website. While players can summon Barbara through the gacha system using Wishes, she can also be obtained by all players for free via the “Baptism of Song” event that became available on November 9, 2020. As a result, many are likely attached to her, and miHoYo apparently decided to capitalize on this with a “Special Video.”

RELATED: Create A Vtuber With This Free Steam Program

The video, titled “An Idol’s Healing Magic,” was posted by Genshin Impact‘s YouTube account Friday. It turns the character into a Virtual YouTuber, or VTuber, who has a brief interaction with the viewer (or Traveler) as a more animated, full-bodied avatar. This one-sided interaction implies the Traveler has come to Barbara looking for advice on what to do because they’re “feeling down.”

In exchange for 100 Spicy Dried Fish, Barbara shows off her journal to the viewer, which she says holds every compliment, criticism, and hope that she has been offered, all of which gives her a “reason to endure.” It’s a cute little interaction that ends with the Traveler apparently teasing Barbara about wanting to write something about her in the journal, after which she says they can come and talk to her any time.

Barbara’s English VA Laura Stahl describes the video as, “A little Barbara time to brighten your day” on Twitter, and the experimental video for Genshin Impact appears to be a hit. With VTubers on sites like YouTube and Twitch making a lot of money in 2020 as already popular content creators such as Imane “Pokimane” Anys got in on the trend of creating anime-inspired 3D avatars, it’s not hard to see why miHoYo would jump on the trend to connect with fans.

The Chinese developer is not the only one that has gotten in on this trend. Riot Games created VTuber models for League of Legends characters featured in a virtual K-Pop group called K/DA. That being said, Riot has also received pushback for trying to make its characters more like real celebrities, as many took issue with using the character Seraphine’s mental health struggles to market her first appearance in November 2020.

That being said, miHoYo’s video is seemingly made in good, harmless fun, and it will be interesting to see if more are made in the future. Regardless, Genshin Impact fans have much to look forward to in Version 1.3 next month.

Genshin Impact is available now on the App Store, Google Play, PC, and PS4, and is currently in development for PS5 and Switch.

MORE: League of Legends Players Have a Problem With Seraphine’s Social Media Posts