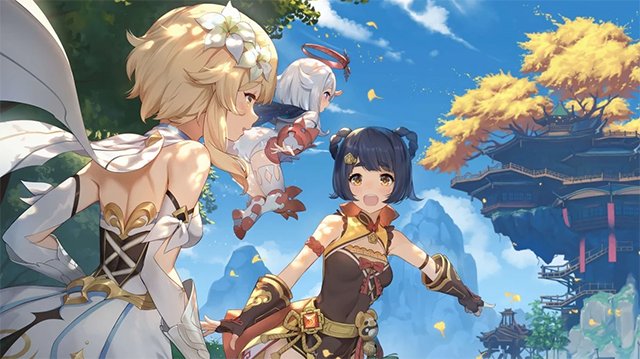 Genshin Impact has had crossplay for quite some time and now recent rumors are indicating that cross-save is in the works, too. MiHoYo has not confirmed or denied these rumors, but a prominent leaker for the game has claimed that cross-save is coming.

The Genshin Report Twitter account reported on this rumored upcoming feature. The cross-save update will come to mobile devices, PC, and PlayStation in the 2.0 update, not the 1.7 update as was previously thought. Genshin Report also claims it will come to the alleged Switch version, a port that miHoYo has not yet confirmed.

Cross-save between mobile, PC, and PlayStation will be introduced in version 2.0

It will also be present when Genshin comes to Switch and allow for hoyolab on consoles#原神 #原神アプデ情報 #Genshin_Impact #genshin #genshinimpact #Inazuma #PS5 pic.twitter.com/DHvm5HQMfo

While miHoYo has not talked about the update, a supposed email has leaked the reveal date for this patch. The email states that an hour-long reveal is slated for July 9 at 5 a.m. PT on Twitch with a YouTube version to follow later.

Genshin Impact has some form of cross-save as PC and mobile versions can go back and forth. PlayStation players are not as lucky and are locked to their console. This update should lift all of that.

This is just a portion of the upcoming update. Genshin Report states that three islands are coming in this update and three more will be in later patches. WangshengFP has seemingly posted a map on Twitter, too.