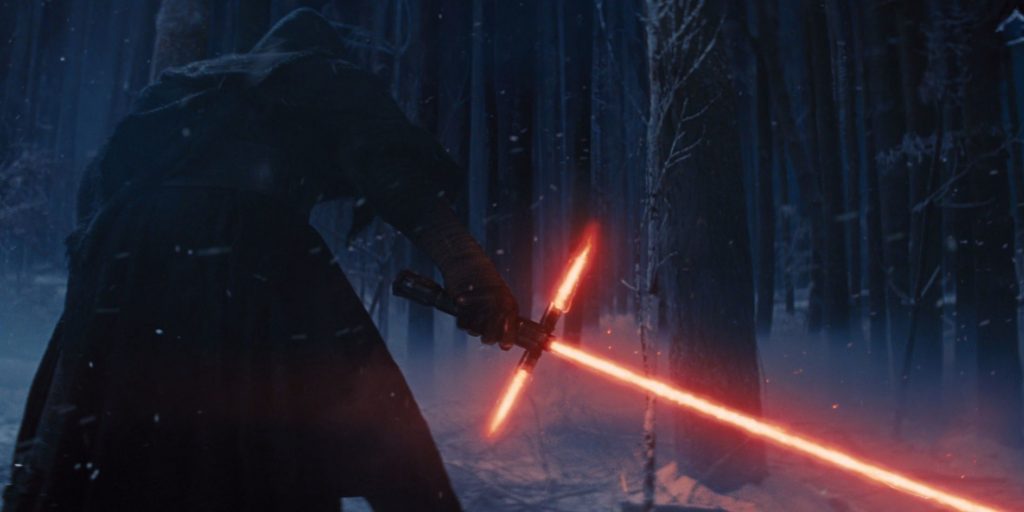 The Star Wars creator’s original plans for the saga brought the story of the Skywalkers full circle with the return of a familiar Sith menace.

When Disney acquired Lucasfilm and pledged to deliver a Star Wars sequel trilogy, George Lucas gave them story treatments for Episodes VII, VIII, and IX that the Mouse House promptly threw out the window in favor of a loose remake of the original movie. One of the many interesting revelations from the book The Star Wars Archives: 1999-2005 is that Lucas’ sequel trilogy would’ve featured Darth Maul as the big bad.

Lucas’ sequels would’ve also revealed Leia Organa to be the Jedi’s true prophesized “chosen one.” According to Lucas, his version of the Star Wars sequel trilogy would’ve been “about how Leia – I mean, who else is going to be the leader? – is trying to rebuild the Republic… Luke is trying to restart the Jedi.” He went on to explain Maul’s role in the story: “Darth Maul trained a girl, Darth Talon, who was in the comic books, as his apprentice. She was the new Darth Vader and most of the action was with her. So, these were the two main villains of the trilogy.”

RELATED: Star Wars: The Prequel Story Is Older Than You Think

Although The Phantom Menace was wildly polarizing on the whole, most fans agreed that Darth Maul was awesome – and he’s only gotten more fascinating in supplementary media – so it’s easy to picture this going over well with the saga’s notoriously fussy fan base. Ultimately, Lucas decided that the 10-year commitment required by a trilogy was too much to take on, especially as he was about to have a baby, so he stepped back from Star Wars, sold his company to Disney, and in his own words, “decided I’d rather raise my daughter and enjoy life for a while.” So, we got a sequel trilogy directed by J.J. Abrams and Rian Johnson instead.

Bringing back Maul might’ve seemed like a step back into familiar territory, but it sounds like Maul’s role would’ve been similar to the Emperor’s in the original trilogy, pulling the strings from the background, while his apprentice Darth Talon would be the one who posed a physical threat to the heroes. Maul would be the returning “big bad,” but the real force of antagonism would be a fresh face. As a new character, Talon would’ve kept the action refreshing. There are plenty of female Sith Lords in the Star Wars canon – at least there were before Disney snapped its fingers and turned them into “Legends” – but none have featured in the movies. Despite being original characters, Kylo Ren and Supreme Leader Snoke felt painfully familiar.

Maul’s resurrection in the larger Star Wars canon negated Obi-Wan’s awesome achievement as the first Jedi to kill a Sith Lord in 1,000 years from The Phantom Menace, but that was a small price to pay for one of the most complex character arcs in the franchise. Throughout The Clone Wars and Rebels, the bionic-legged Maul grew from a softly spoken embodiment of evil into a religious turncoat with plenty of nuance and depth provided by voice actor Sam Witwer. In the current canon, Maul is killed by an older Obi-Wan following an intense rematch on Tatooine and his final words to the legendary Jedi allude to Luke Skywalker’s destiny: “He will avenge us.” It would’ve been curious to see an alternate version of this overarching narrative in which Maul eventually emerged as the big bad.

Resurrecting a villain is risky business – especially if their death was as satisfying as Obi-Wan bisecting the Sith Lord who murdered his master with his master’s own lightsaber and then sending him down a bottomless pit. Maul’s return won over the fan base in animated form, but bringing big-swing plot points like an iconic baddie’s resurrection into the theatrical movies in the mainline saga is another story. The divided reception to Palpatine’s inexplicable reanimation in The Rise of Skywalker offers an ominous warning of how badly Lucas’ Maul-centric sequel trilogy could’ve turned out.

A lot of the sequel trilogy’s detractors have said they’d be more willing to accept the movies if Lucas had been involved in them. Helmed by J.J. Abrams and Rian Johnson, it’s difficult not to see Disney’s Star Wars sequels as very expensive works of fan fiction. But those fans have forgotten the vitriolic response to the prequel trilogy. The backlash to the prequels is a large part of why Lucas decided not to make the sequels himself. He told The New York Times, “Why would I make any more, when everybody yells at you all the time and says what a terrible person you are?” Star Wars fans aren’t as forgiving of Lucas as they think.

Star Wars fans hold the original trilogy (and, in some cases, the prequel trilogy) so close to their hearts that it’s likely no version of a sequel trilogy would’ve satisfied everybody. Episodes VII, VIII, and IX were always guaranteed to be polarizing movies, whether Disney was at the helm or Lucas was. But since the final movies ended up being so egregious and bizarre, it is interesting to picture all the different ways the trilogy could’ve turned out. Whether making Maul the villain would’ve satisfied the fan base or not, focusing the third trilogy in the Skywalker saga on Leia would’ve been invariably more satisfying than focusing on a nobody from quasi-Tatooine who just decides to be a Skywalker one day.

MORE: Star Wars: This Character Would Have Been Great In The Sequel Trilogy