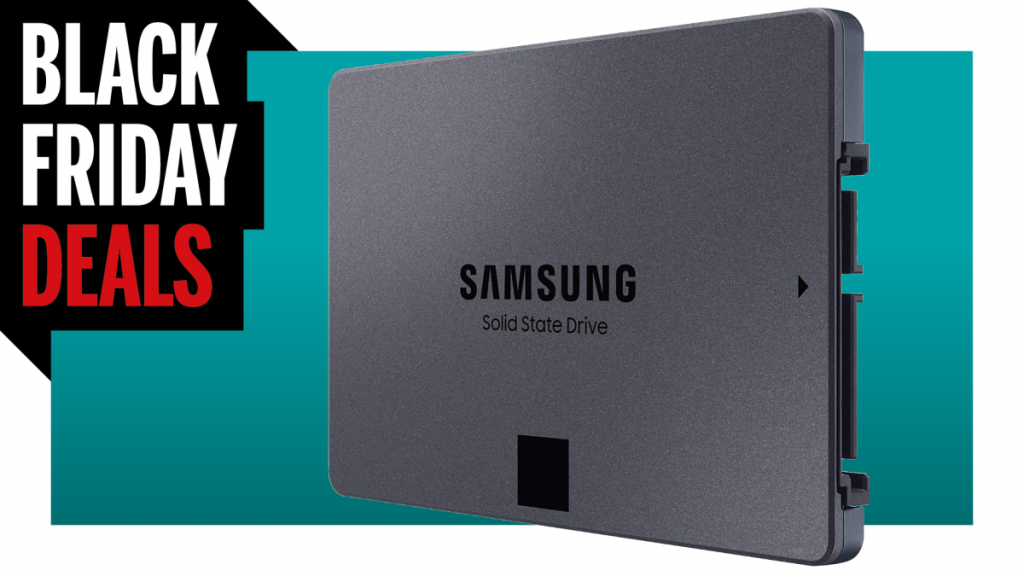 Eight terabytes: Phwoar! You’ll never need to worry about having Warzone installed ever again. Samsung’s SSDs are among the best on the market, with high build quality alongside excellent write speeds (as you can read about in our guide to the best gaming SSDs)—one of their only downsides being price.

The drive comes with a three-year warranty and AES-256 encryption. The specs list the drive as capable of 560/530 MBps of sequential read/write throughput and up to 98,000/88,000 random read/write IOPS. It doesn’t come with any accessories, though there is Samsung software support (Magician and Migration, available on the company’s site) which help you monitor, benchmark, update firmware, and transfer data.

One of the nicest things about the Samsung 870 QVO is the case, which is a slightly weird thing to say about an SSD but let’s roll with it. It comes in a 2.5″ 7mm SATA form factor with an all-metal casing, which feels much nicer than the majority of SSDs and their plastic cases.

Though one thing to note about this drive is that it’s comprised of QLC NAND. That’s a little different to your more standard TLC or even MLC NAND found in more performant drives. The key trade-off with QLC is that it offers higher capacity in exchange for raw speed. Essentially, once the QLC NAND is in action, this drive will drop considerably in speed. To get past that, Samsung opts to stick some SLC NAND in the drive, which means that so long as you don’t try and move too much at once, you won’t feel the affects of that slower QLC.

You can read more about that in our Samsung 870 QVO 1TB review. The 8TB version is actually a little quicker than the one we tested, too.