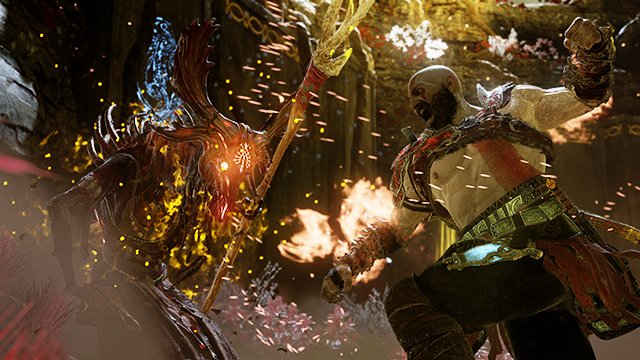 Sony reiterated its commitment to single-player experiences and new IP in the latest Q&A with Head of PlayStation Studios Herman Hulst and part of that commitment seems to not premature releasing those games before they are ready. Hulst confirmed that the God of War sequel — rumored to be called God of War: Ragnarok — isn’t officially coming out until 2022. On the other hand, Horizon Forbidden West is still on track for 2021, but Hulst was honest about the realities of development in quarantine and admitted it could also slip into next year.

“So we have, currently, two very big, very narrative-driven games in development: Horizon Forbidden West and the next God of War,” he said. “And for both of those, they’re frankly affected by access to performance capture and talent. For Horizon, we think we are on track to release this holiday season. But that isn’t quite certain yet, and we’re working as hard as we can to confirm that to you as soon as we can.”

He then said Sony made the decision to officially move the game to 2022. Sony Santa Monica also released the above tweet just after the interview went live, succinctly relaying what Hulst said in the interview. The unfortunate pressure of game development has often led to stories of crunch where teams have been squeezed to create these games at a heavy personal and emotional cost.

Sony came under fire in 2020 as stories about The Last of Us Part II’s hellish development started breaking, which was just one of many tales regarding the heavy crunch in the video game industry. Hulst said the health of the teams is important as well as the quality of the games they are making.

“With these things, something’s gotta give,” he said. “It cannot be the quality of our titles, and it surely won’t be the health or the wellbeing of our amazing team.”

Hulst also confirmed that the new God of War is also coming to PS4. Sony released Spider-Man: Miles Morales on both generations and already announced that Horizon Forbidden West would also be on both the PS4 and PS5 while other games like Returnal and Ratchet and Clank: Rift Apart will only be on PS5. But God of War‘s exclusivity was up in the air. Now, Hulst has confirmed that it will also be on the two generations of PlayStations, citing that Sony can’t just walk away from 110 million PS4 owners.

“Where it makes sense to develop a title for both PS4 and PS5 — for Horizon Forbidden West, the next God of War, GT7 [Gran Turismo 7] — we’ll continue looking at that,” said Hulst. “And if PS4 owners want to play that game, then they can. If they want to go on and play the PS5 version, that game will be there for them.”