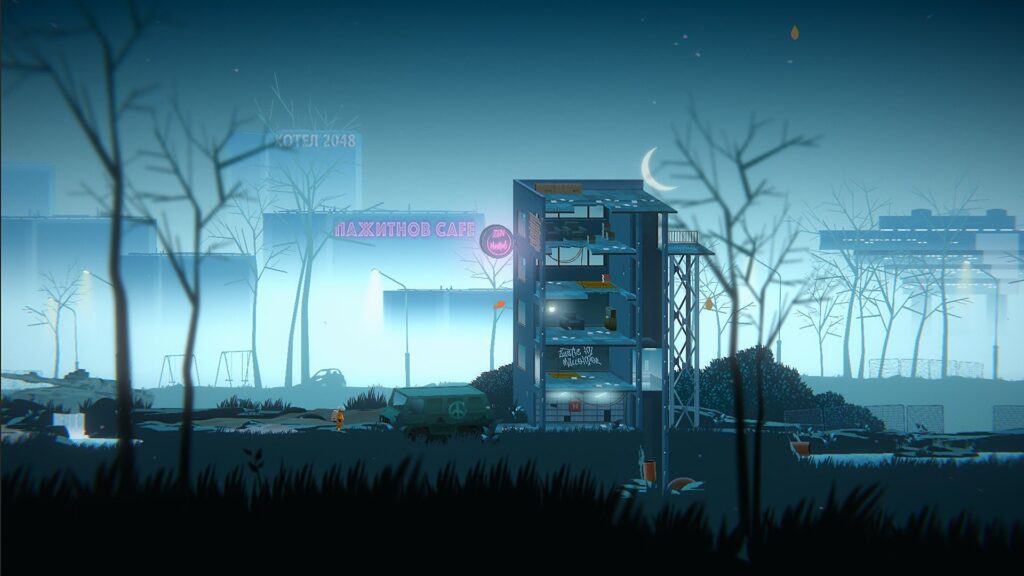 I was utterly hooked on Desert Golfing for about a year, tapping through a thousand or so levels of 2D, side-on golf. Then I pretty much forgot it existed until I saw Golf Club Wasteland. It’s a side-on golfing game, too – but one in which you’re playing through a decaying earth devoid of human life.

I did not know that I wanted this, but I do. I like the calm of bouncing a ball around a 2D level, I like a bit of environment storytelling, and I love the idea of chipping a golf ball through a ruined building and into a toilet.

Golf Club Wasteland takes place in a future where humanity has been wiped out, except for a rich 1% who have decamped to Mars. They return now only to play golf on the planet that they, seemingly, destroyed. You’ll piece together the story of why Earth was abandoned, who your golfer is, and what life is like for those on Mars.

The game’s official site says that it will “take swings at current events” and Silicon Valley culture, and while I appreciate the pun, I do hope it’s not heavy-handed. I like the look of the lonely surviving animals, watching placidly as you play through; I like less the sign in the distance that reads “Hipster Pubes”.

GCW will also offer three modes – a story mode where no skill is required, a challenge mode where you’ll need to finsih holes under par, and “Iron Mode, where there’s almost no room for error.” You can read more on its Steam page, which suggests an August release date.