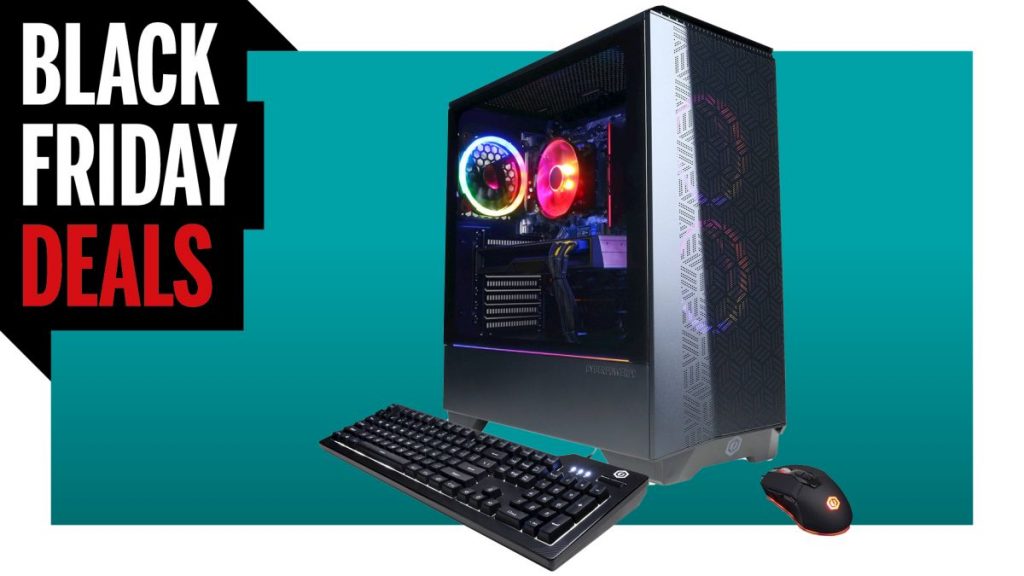 Black Friday deals are in full swing, and we’re keeping our eyes out for savings on anything and everything you might be looking for. We know lots of PC gamers like to build their own rigs, but some find it easier to buy a prebuilt, so we’re collecting the best Black Friday gaming PC deals we’ve spotted.

Over at Best Buy, there’s a CyberPowerPC Gamer Master desktop you might want to take a peek at. It’s discounted down to $999.99, saving you $150 off the typical list price. While it’s not exactly a gaming powerhouse, it’s got an AMD Ryzen 5 3600, a six-core chip we think pretty highly of, and an AMD Radeon RX 6600 XT, which isn’t our favorite card but is still comfortably faster than an RTX 3060.

It’s got 8GB of DDR4 SDRAM, which won’t reach some games’ recommended specs but will satisfy just about every games’ minimum specs—even monsters like Microsoft Flight Simulator and Cyberpunk 2077. Like we said, this isn’t a beast of a PC, more of a solid midrange desktop. As another plus, it ships with a 500GB SSD and not an HDD.

If you’re looking for a solid mid-range PC and don’t mind running the most demanding games on high setting instead of ultra, this could be a good option to consider. Plus, you can always upgrade the 8GB memory to 16GB somewhere down the line.