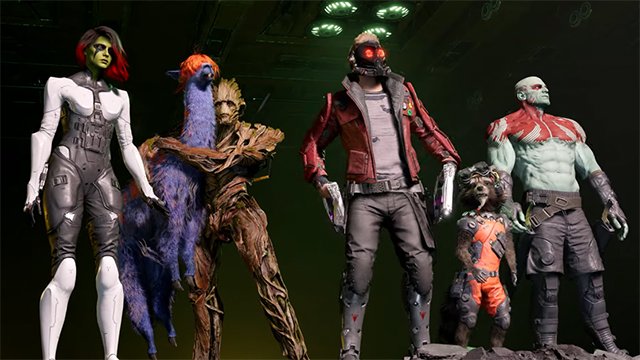 Ahead of its launch on October 26 for PlayStation 4, PlayStation 5, Xbox One, Xbox Series X|S, Nintendo Switch, and PC, Eidos-Montréal has released the official launch trailer for Marvel’s Guardians of the Galaxy, giving players one final look at some of the chaotic antics the group will get into during their adventures.

RELATED: Guardians of the Galaxy Preview: It’s Not Like Avengers & That’s a Good Thing

As with many of the past trailers, this latest one introduces players to some of the many characters that players will meet throughout the game. This includes the Hellraisers, the Universal Church of Truth, and some intimidating looking enemies.

You can check out the new trailer below:

Alongside the new faces, viewers are also treated to some more gameplay, with a deeper look at some of the abilities that characters like Drax and Gamora will have. Of course, it wouldn’t be the Guardians of the Galaxy without some teamwork, which the trailer also shows off with a variety of short clips of how fighting as a group will work.

“Although their differences often lead them into trouble, on the battlefield, each of the Guardians contributes something special to the team,” reads a synopsis for how gameplay functions in the upcoming game. “Explosive specialist Rocket is well-equipped to dish out area-of-effect damage, Groot provides unparalleled defensive support, Drax powers through any resistance head-on and Gamora lends swift and precise swordsmanship to the squad. As Star-Lord, players will call the shots both on the battlefield and throughout the story.