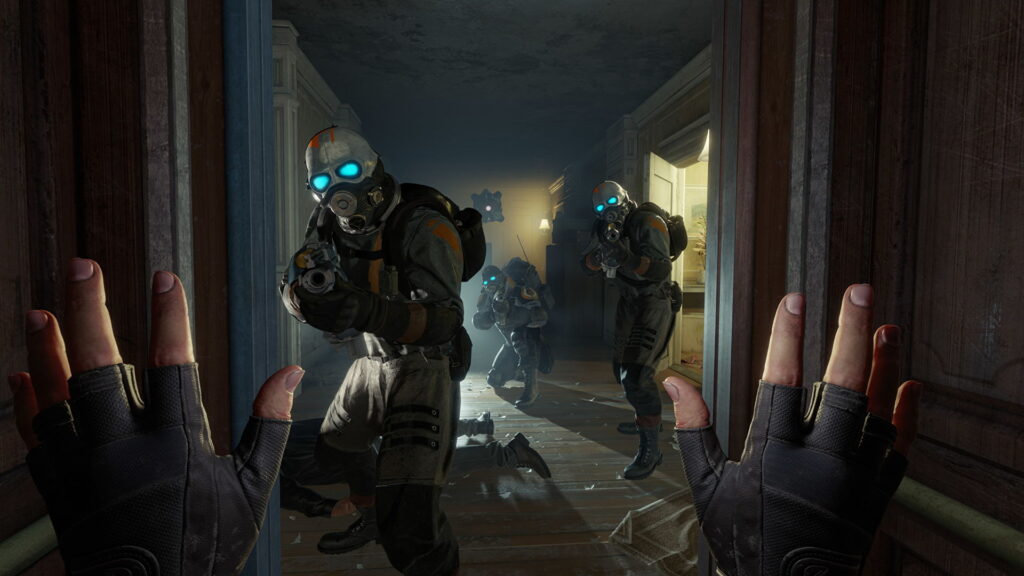 If you find yourself getting spooked venturing into Valve’s VR adventure Half-Life: Alyx alone, then you might be pleased to know you can drag a pal along for the ride now. Modders have made an open-source multiplayer mod that lets you play the game alongside a friend, spawning them in as a floating moral support robot. And it’s well cute.


The Alyx-multiplayer mod, which you can download from the website right here, essentially lets two people play Half-Life: Alyx together, appearing in each other’s games as a friendly little bot (thanks, PCGamesN). It’s worth noting that, while you’ll both be playing, you won’t actually be able to affect anything in the other’s game, however. Co-creator “Kube” says the only thing shared between clients is player position.


“Each player sees their own game: it’s an equivalent experience on both clients. We *just* sync the head coordinates, but that’s enough to feel like you’re hanging out with a friend!”


It seems like a great way to enjoy a spooky game to me, especially if you’re the sort of person who struggles with that sort of stuff alone. You still get to experience everything firsthand, and your friend can’t interfere with what you’re doing: but at the same time, you know they’re right there going through it all with you. Kinda like watching ghosts of other players running around in Dark Souls.

Kube suggests that it could be used for speedrun races. Given how excellent Half-Life: Alyx VR speedruns are, that’s certainly something I’d like to see. The runner at last year’s SGDQ was crawling on the floor and standing on chairs to clip out of the map.


Graham’s Half-Life: Alyx review declared it “the Half-Life game you’ve been waiting for, even if it’s not the one you were expecting – and even if you’ll never play it. Valve’s first full virtual reality game is a masterclass of first-person shooter design.”