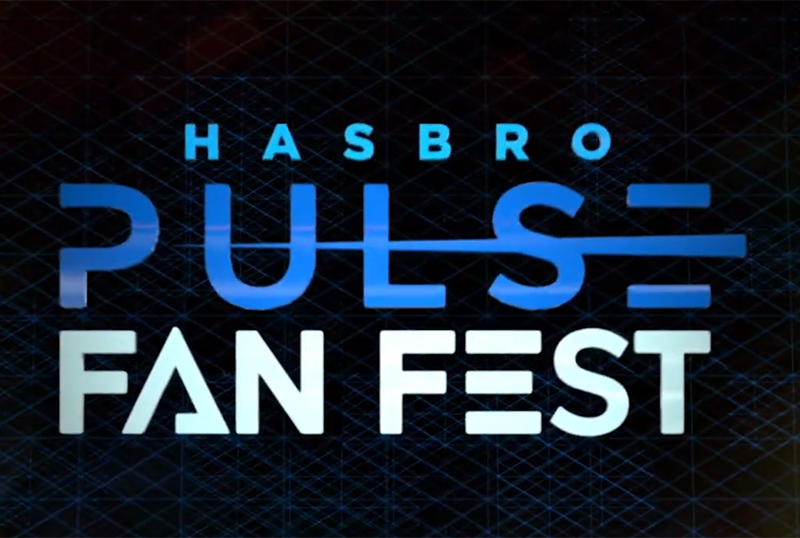 Hasbro has officially announced the launch of a brand-new collector-focused virtual event, Hasbro Pulse Fan Fest, set to take place on April 9 at 11 a.m. EST that will be hosted by SYFY Wire on-air correspondent, writer, and producer Jackie Jennings, and available to watch exclusively on the Fan Fest page! The announcement video can be viewed below!

The HYPE is real, fans! Tune in Friday, April 9th, beginning at 11:00am ET for the FIRST EVER #HasbroPulse Fan Fest! Gear up for product reveals, interactive experiences, & more from your favorite brands. You don’t want to miss this!https://t.co/h1zhXUZbwS#HasbroPulseFanFest pic.twitter.com/y3KLNJnCzY

The event will bring never-before-seen content and product reveals directly to the producer’s passionate community of collectors in lieu of the company’s annual Entertainment Brand Preview Event held during New York Toy Fair each year. Fans can look forward to engaging panels and activations from Hasbro brands, including G.I. Joe, Power Rangers, and Transformers as well as premier partner brands Marvel, Star Wars and Fortnite.

The event will also feature a number of special guest appearances including Henry Golding, star of the upcoming film Snake Eyes: G.I. Joe Origins and cast members of the new series Power Ranger Dino Fury. In addition to panels, fans can look forward to product giveaways, behind-the-scenes content and more!

“Hasbro Pulse Fan Fest allows us to engage with our dedicated fan community in a meaningful way by delivering unique product reveals and exclusive pre-orders,” Eric Nyman, Hasbro’s Chief Consumer Officer, said in a statement. “Fans will have access to behind-the-scenes content from our designers and brand teams, which allows them to share in their fandom for these brands with special content and panels. This unique event, in addition to Hasbro PulseCon happening later this year, will bring the relationship between our fans and the brands closer than ever before.”

Some of the schedule of what fans can expect from the event include:

A new collection has just landed! It’s OFFICIAL! Hasbro has partnered with Epic Games and created an all-new toy line! Join members of the Hasbro Marketing & Design teams as they debut the all-new Victory Royale line! Get ready to drop in as we unveil three legendary new items, including a first-time character to appear in toy! Gear up for some next-level reveals!

Worlds continue to collide on Transformers! Join members of the Hasbro Marketing & Design team as they reveal toys from Wave 3 Kingdom and share some exciting news about the final chapter of Netflix’s Transformers: War for Cybertron trilogy.  Don’t miss out as we take a closer look at Kingdom Commander and Titan Class figures, including a first-time character to appear in toy! And if you thought the Pulse exclusive weapons pack was epic, you’ll find the next one to be a blast. Finally, we will reveal a new Pulse exclusive toy capsule in partnership with IDW Publishing that will turn the Transformers universe upside down. Get ready for a panel that’s… More Than Meets the Eye!

YO JOE! Snake Eyes: G.I. Joe Origins toys revealed! Join members of the Hasbro Marketing & Design teams as they debut exciting new products from the upcoming feature film. Get an in-depth look at the stealthy Snake Eyes Ninja Strike role play toys and the latest additions to the highly detailed Classified Series collection. Plus, we’ve received intel that Snake Eyes himself, Henry Golding, will be making a guest appearance to unveil his signature action figure!

Join members of the Hasbro Marketing & Design teams as they discuss the popular Star Wars line, including the Black Series and The Vintage Collection. Attendees will get an in-depth look at Hasbro’s latest action figure and premium roleplay offerings from across the Skywalker saga and beyond. Word on the Holonet is there may also be a few surprises.