Have You Played… Lego Star Wars II: The Original Trilogy? 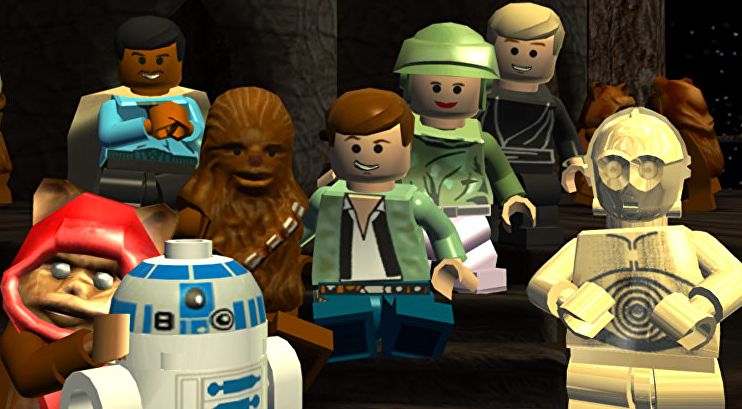 Have You Played? is an endless stream of game retrospectives. One a day, every day, perhaps for all time.

Before revisiting the games I played as a youngster, I never really realised how much better a game can be when you’re co-operating with a teammate. Of course this goes for your team-based games like Warzones and Fortnites and Valheims, but in my experience, literally any game where I can get the homies involved improves the vibes tenfold.

Back in the day, before my family got a TV, we had one computer and we’d have to do the whole ‘mum says it’s my turn to play on the computer’ thing. The loser of the battle would have to settle for Nintendogs or Warioland 4.

My little brother and I, kids of around 8 and 10, obviously loved a bit of Star Wars. Lego Star Wars was an obvious choice, but back in those days we didn’t have much of a clue about multiplayer gaming. We’d battled once or twice on Pokemon FireRed with a GBA link cable but that’s about it.

When Lego Star Wars II: The Original Trilogy came out though, this was a problem no longer. It let us play with the same keyboard. He’d sit on a chair on the left using WASD and Z, X, and C to move and attack, and I’d be on the right using the number pad and arrow keys. It was completely seamless too! If one of us was playing, the other could just rock up and sit down, joining in. We sunk so many hours into the game that we made enough Lego studs to buy all the available ‘ghost’ characters (invulnerable versions of them), which I’m pretty sure cae to somewhere in the millions.

I wonder how many games nowadays are made with this allowance – one keyboard for two players. Sure, most people will squad up online and many games require an entire keyboard and a mouse to play, but getting to charge through Endor as Wicket the ewok alongside my brother as Han Solo (or whoever hangs out on Endor, it’s been a while since I watched the films) will always be an enduring memory for me. Bring back single-keyboard play as a standard practice in games! Specifically because I have fond memories of it! Thanks.