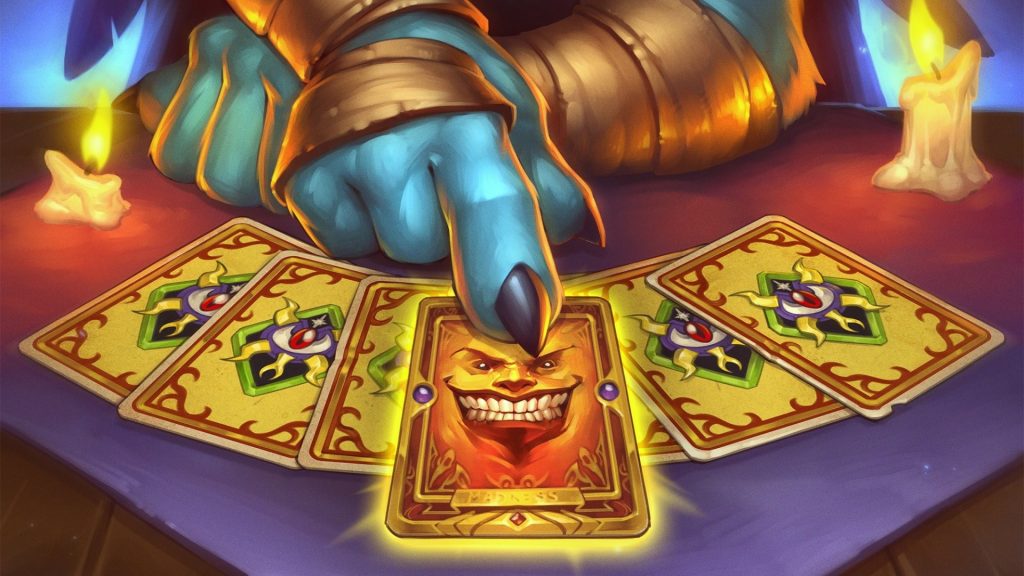 The balance patch for Hearthstone we heard about last week hits Blizzard’s card game tomorrow, and it’s bringing with it some expected nerfs to a few of the best – or most broken – decks. Along with the balance changes, you can also expect some annoying UI/UX bugs to be addressed in the next update, which is due out tomorrow, April 13.

Perhaps the most important change in the 20.0.2 patch is to Deck of Lunacy, which has become the centrepiece of the No Minion Mage deck. This card transforms spells in your deck into spells that cost three mana more, while keeping their original mana cost. Costing two mana itself to cast, Deck of Lunacy has proven to “provide a game-warping effect on turn 1 or 2,” according to Hearthstone’s developers, and they’ve increased its cost to four mana in order to rein it in somewhat while maintaining the “wacky, over-the-top” intent of the card.

Similarly, Sword of the Fallen – which casts a Secret from your deck each time your hero attacks – is getting nerfed, with its durability being reduced from three to two. The idea here, the devs say, is to “reduce the overall value of the card and make those turns against 3-4 Secrets less common.”

Watch posts are taking a hit to health, with the Far Watch Post going down to 2 attack, 3 health and the Mor’shan Watch Post going to 3 attack, 4 health. Blizzard says this will make them “easier to deal with on turns 2 + 3” so they’re relied on less as go-to options for several classes.

I’d like to see the following balance changes as soon as possible:

Pen Flinger’s ability to do significant chip damage to heroes is getting removed, and the card will now only be effective against other minions, which Blizzard says is “positioning it as a removal option rather than a dual-threat card.”

Along with these and other balancing changes, patch 20.0.2 includes some nice bug fixes, including the one that made the Play button remain constantly highlighted in the main menu, and the disenchant button that would glow regardless of whether you had cards to disenchant. Nice.

You can read more about the patch at the official site, and you’ll be able to try out the latest round of changes starting tomorrow. Check out our guide to the best Hearthstone decks for beginners if you’re just getting started.