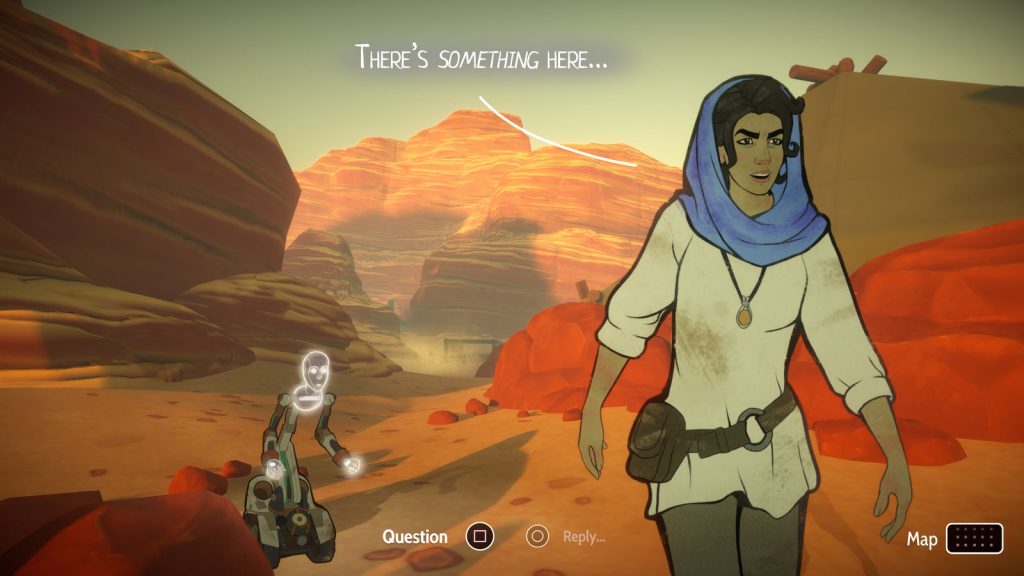 Heaven’s Vault is a puzzle game about translating a fictional, ancient language, but it’s also a rich narrative game. If you want to spend more time in its world, with its story and characters but without the puzzles (or space-sailing), then good news: Heaven’s Vault is now available as a two volume novel from Jon Ingold, the original game’s narrative director.

There are lots of novelisations of videogames, but it’s rare for games to be as well-written as Heaven’s Vault, and it’s rare for the novelisations to be written by the same people as the game. Ingold has a great track record, but if you need to know more, Katharine has copies and should have a write-up soon enough.

If you haven’t played the games, here’s the publisher’s blurb about the book:

When a researcher from the University of Iox goes missing and the only clue is a brooch carved in Ancient, translator Aliya Elasra and her robot Six are sent out into the Nebula to bring him back, only to stumble upon a deeper secret concerning the fall of a once-great Empire.

But history in the Nebula is a Loop, and all that has happened before will happen again. And what is buried can always be brought back into the light…

What will be found? What will be lost? Is the Loop real? And what lies in Heaven’s Vault?

If you did love translating the Ancient language in Heaven’s Vault, there’s a bit of that in the novel, too, including “two full-page inscriptions for the reader to translate themselves.”

Inkle are selling the books directly for £13 each, and it’s apparently a limited release so the books are only available for a short time.