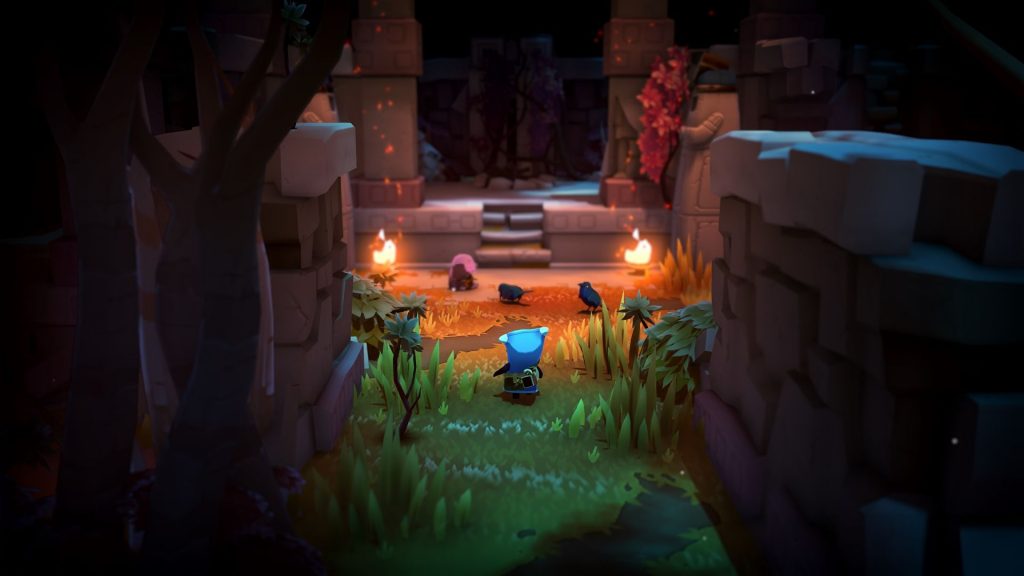 Hello Games, the same folks behind No Man’s Sky, launched a smaller puzzle adventure game last year that you may have missed hearing about. Clearly Hello Games themselves didn’t forget about The Last Campfire, because they’ve just released a free update that actually adds new puzzles to the game. I know we’ve gotten quite used to the regular updates to their online space adventure, but should we tell them they don’t actually need to do that for a singleplayer game? Okay, nah, let’s not tell them.


The Last Campfire is a smaller affair than No Man’s Sky. Made by a team of three within Hello Games, the puzzle adventure involves the tiny hero Ember making their way through the world to rescue sad folks called Forlorn from their despair. Saving each of the Forlorn requires solving the style of adventure brain ticklers many of us are familiar with—block pushing and switch plates and the like.


Over in their announcement post for the update, Hello Games say that this free update adds 20% more puzzles and the ability to replay them at will. It also brings performance improvements and improved controller support as well.


Despite thinking it looked quite cute, I’d never made the time to go try The Last Campfire personally. Our friends at Eurogamer did though, and had a lot of good to say about it.


“The Forlorn’s puzzles are only part of the puzzley nature of this game,” says Christian Donlan. “As Ember wanders around, it becomes apparent that the world and everything in it can be part of a puzzle. How to reach the next Forlorn? How to get to the next campfire? How to move this giant pig out of the way or flood a useless stretch of valley so you can gad about in a boat? Puzzles at different layers of the game’s construction. I am in love.”


Well then, an update with additional puzzles sounds like it should be more than welcome. Perhaps I’ll remember to actually circle back around to try it this time. I’m always up for block pushing and torches and other puzzle adventure staples.


The Last Campfire update 1.6 is live now. You can find it over on the Epic Games Store.