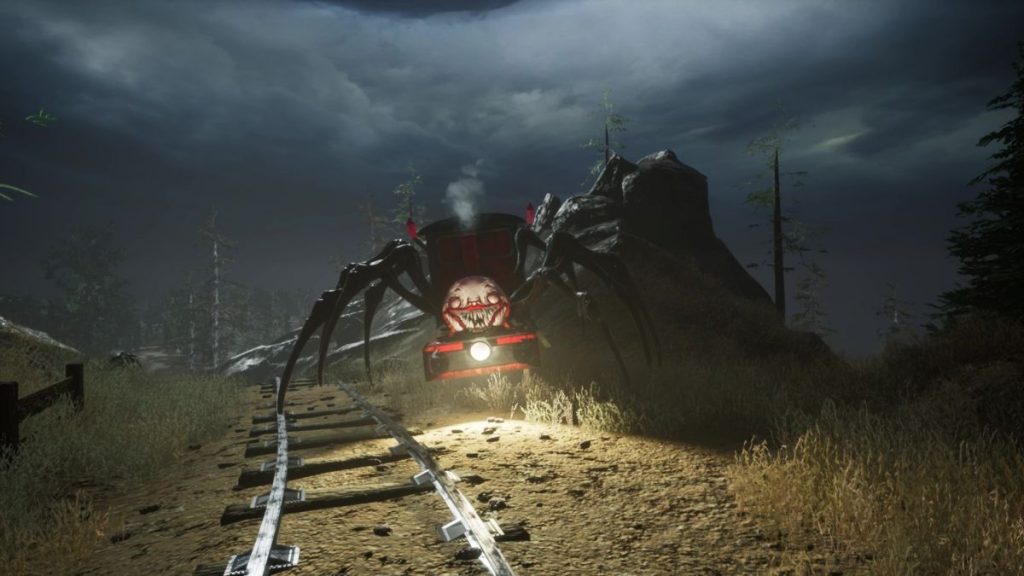 Indie studio Two Star Games is working on a new kind of horror: Trains. Choo-Choo Charles is a game where you, a human, navigate an island on a train and avoid an evil, sentient trail that wants to eat you. Over time you upgrade your train to fight Charles, hopefully overcoming the creature which is in fact a steam locomotive with a set of horrific spider legs and a toothy maw.

Choo-Choo Charles is the natural result of the meme that mods Thomas the Tank Engine into everything: Resident Evil Village, Kingdom Hearts 3, Valheim, Sekiro, Resident Evil 2, Monster Hunter World, Fallout 4—you get it by now, I’m sure.

That said, as a survival horror game, it’s pretty promising and has a well-defined aesthetic. It seems to understand the survival part of the horror as well: It’s scary, but the goal here is to make it out alive. “Prove yourself a worthy train killer, by gaining enough strength, firepower, and skill to take down the mechanical terror once and for all,” says the game description. I’m already wondering if Charles lays eggs. Imagine! Lots of little Charlies scuttling about.

“You have a small yellow train, with a map, mounted machine gun, and an exquisite collection of bobble-heads on the dashboard. You’ll use this train to get from place to place, while you complete missions for the townspeople, or loot scraps from around the island. Over time you’ll use your scraps to upgrade your train’s speed, armor, and damage. You’ll grow your arsenal, and (hopefully) become an unstoppable force, ready to take on the great and mighty Charles.” it continues.

Two Star Games are the developers of several free horror games, like Night in Riverrager and My Friend is a Raven. They also developed the free surrealist walking sim Cloud Climber. You can find a Two Star Games page on Steam and on itch.io, and you can find Choo-Choo Charles on Steam.