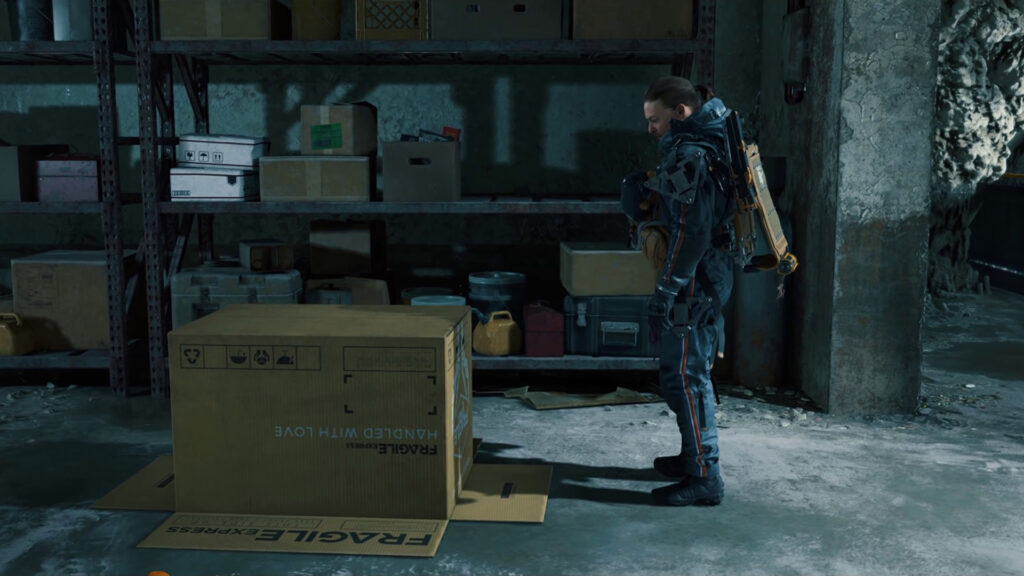 During this evening’s Summer Game Fest stream, Geoff Keighley got his pen pal Hideo Kojima up on a video call to chat about his next game. Kojima said a lot of things, none of which revealed much about said new game at all, but he did reveal that a Death Stranding Director’s Cut is on the way. They showed a little bit of footage that looked suspiciously like a Death Stranding X Metal Gear crossover.


In the teaser trailer, we see Sam Porter Bridges stealthily entering a large warehouse that’s being patrolled by guys with guns. Sam picks up a large human-sized box, inspects it thoroughly, empty loads of oranges out of it, then climbs in like a curious cat. He gets out soon after though, and doesn’t commit to the box-y sneaking.


The area and masked dudes shown in the teaser don’t look like anything currently in Death Stranding, suggesting the Director’s Cut might have new places to explore, and new factions to meet.


So far, the Death Stranding Director’s Cut is only announced for PS5. However, the original game made its way to PC eventually, so hopefully we’ll see the Director’s Cut join it further down the line. Keighley says the new version of the game will be fully revealed in a matter of weeks.