Hitman 3 hands-on: more of the same has never been so good 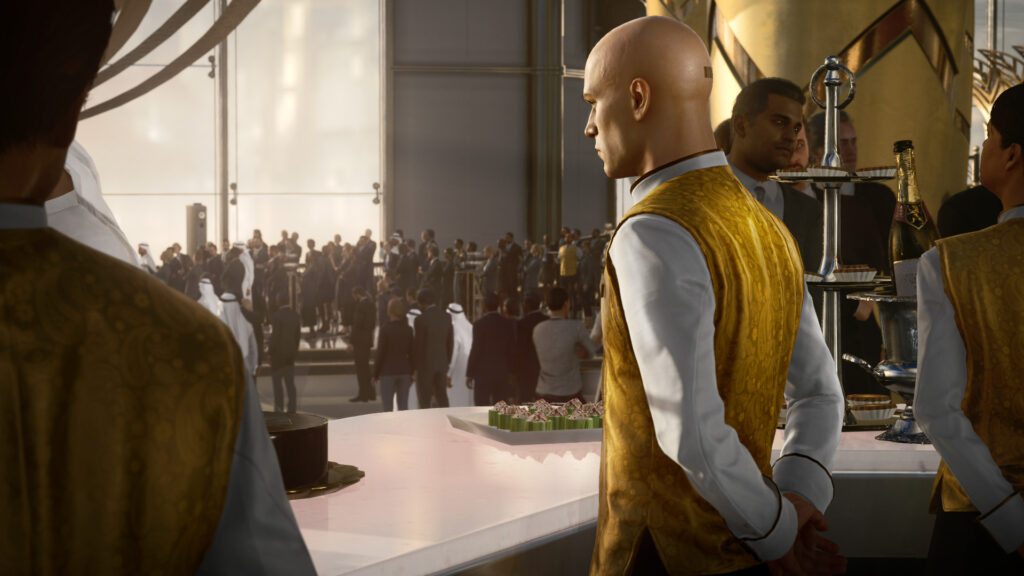 Yes, Hitman 3 is more Hitman. You can still throw a screwdriver into someone’s neck through an open doorway and be confident no one will realise that you committed the crime. IO Interactive hit on a winning formula with 2016’s soft reboot of the series, and the final entry in the new trilogy is an even gentler iteration on that formula than Hitman 2 was. But maybe change is overrated when something’s already this good.

If you haven’t been keeping up with nu-Hitman, it’s simple: as Agent 47, you go to an open-ended sandbox level set in some international location, and try to murder a specific target. They’re some of the best stealth games around. You can disguise yourself as almost any type of NPC, and can take advantage of the clockwork machinations of each stage to set up elaborate types of assassinations, whether that’s one of the myriad scripted ‘accident’ kills, or whatever nonsense you can figure out using the tools at your disposal. Hell, you can just run up to the target and ram a brick through their skull provided you’re confident in your escape plan. Each kill can be completed in almost any way you dream up, and you’re encouraged to play missions multiple times to see all the options and unlock new tools.

That’s been Hitman since 2016, and Hitman 3 isn’t looking to rock the boat – at least, based on a preview build that offered us full access to the game’s first two locations, Dubai and Dartmoor.

The Dubai level takes you to the sort of glitzy, high-life locale that the reboot series has perfected: you’re infiltrating the opening ceremony for a newly constructed skyscraper. This murder sandbox is relatively small in scope, similar in size to the New York Bank DLC for Hitman 2. You’ll start by mingling at a party, then make your way through increasingly secure staff areas and penthouses as you ascend the building.

It’s tough to talk about what’s cool in a Hitman location without just spoiling everything – discovering stuff is half the fun – but Dubai’s got a little bit everything, and plenty of paths to take through it all. You can clamber up the side of the building, far above the clouds. You can sneak backstage at an art exhibition. You can choke out a staff member in a toilet, steal his clothes, and use them to access a high-security level. I’ve already found half a dozen ways to the more secure areas of the skyscraper, and I feel like I’ve barely started. In other words, don’t worry: the level design, the core of what makes Hitman great, is as robust as ever.

The most notable change in Hitman 3 is that there are now shortcuts that you can permanently unlock. Reach the secure side of a heavy door, or break open a retractable ladder, and you’ll be able to use that path the next time you play the mission. You could always unlock new starting locations and disguises for each stage, and that’s still the case here, but these shortcuts keep you from having to repeat the same bits of infiltration over and over, and give you something to pursue to improve your future runs.

The other new back-of-the-box gameplay feature is a camera, which is now part of your loadout in every single mission. You can use it to take photos or scan things. That’s… kind of it. The camera can collect intel or hack into digitally-secured doors to unlock them, but I’ve yet to see much reason for its existence when its functions are so basic they could be fulfilled by a single button press. It doesn’t detract from the game, but it’s a tad disappointing that one of the marquee new features feels so superfluous.

There appears to be even more creativity in Hitman 3’s mission stories, those largely scripted sequences that’ll take you step-by-step through each level and into an assassination opportunity. In Dubai, one mission story has one of your targets hiring you as an assassin to eliminate somebody else before they’ll agree to a private meeting, which makes for an entertaining twist on your usual hunts.

Dartmoor wears its Holmesian inspirations on its sleeve

Dartmoor was the other level in our preview build, and wears its Holmesian inspirations on its sleeve. Its primary mission story is elaborate to the point of being bonkers: your target hires you to solve a murder mystery. The level’s set in a mansion in the foggy English countryside, and has you navigating the politics of a wealthy family tearing itself apart in a glorious storm of sarcastic jabs and accusations. It’s Knives Out in England, and it’s terrific fun to put 47 on the other side of a murder for once (for a bit at least, because you still definitely have to do a murder). 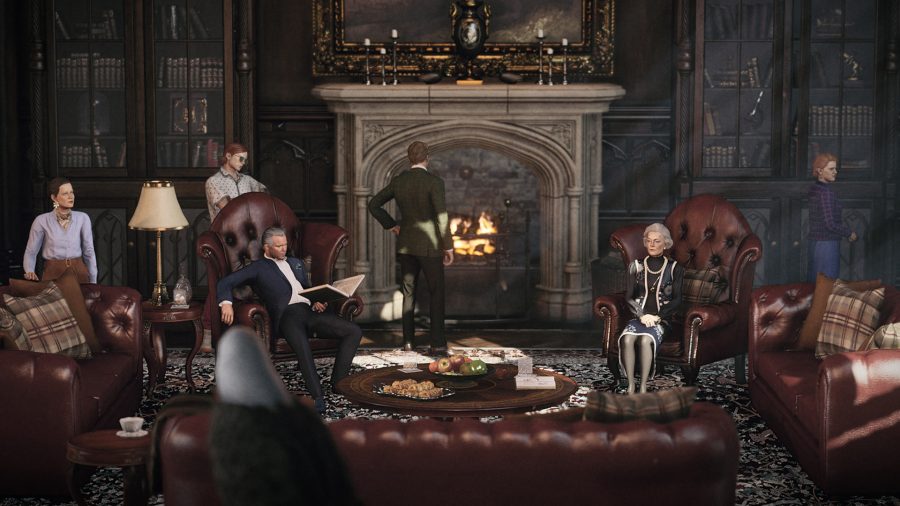 Those scripted narratives are optional as ever, and are only going to come into play for the first handful of what will be many, many runs, introducing you to each level’s mechanics. But they feel more fleshed out than they did in the previous games, offer much more robust introductions to the locations, and are just cool, creative scenarios regardless.

It’s probably best to think of Hitman 3 as Hitman Season 3: a set of new levels built on an already-excellent foundation. After the volume of improvements we saw between the first game and Hitman 2, it’s a bit surprising to see how little has changed heading into the third title.

Read more: Here’s everything we know about Hitman 3

To be honest, I don’t even know what I’d want improved at this point. Either way, after several hours with the opening acts of Hitman 3, I’m already obsessed – even as I write this, what I really want to be doing is finding the further reaches of these levels, the most obscure disguises, and the silliest murder options. More of a good thing is exciting indeed, especially when that thing is as good as Hitman.