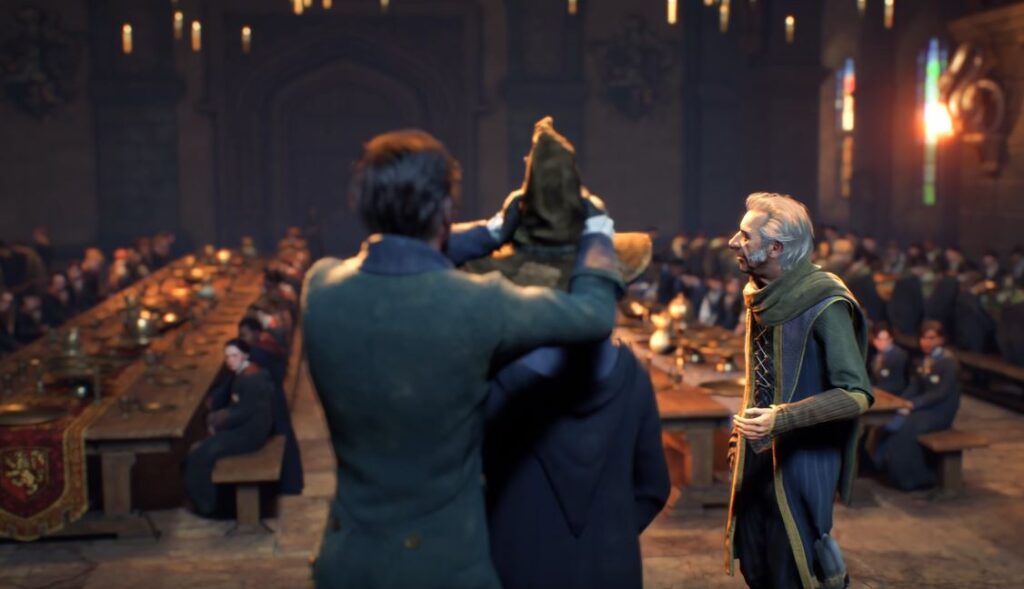 Hogwarts Legacy is a highly anticipated game, and one fan has been paying a close eye on it. Unfortunately, there are only a few marketing materials out so far. Still, with it, fans have discovered all sorts of exciting details. For one, a fan spotted a massive spider in an art piece highlighting the grounds of Hogwarts School of Witchcraft and Wizardry. Likewise, there’s been speculation about who might be the big antagonist for this game. Now fans are rallying behind the developers in not making house Slytherin the default evil route.

There’s a ton we don’t know about when it comes to Hogwarts Legacy. As mentioned, there wasn’t a lot revealed so far, and with it, fans have discussed what they hope to see. For instance, it’s hopeful that house Slytherin will have moral depth. You don’t have to be a big Harry Potter buff to know about Slytherin. In fact, I’d go as far as to say that out of all the houses featured at Hogwarts, the most recognizable are Gryffindor and Slytherin. Houses played a big role throughout the books and movies. However, the house given the most flack is Slyhterin.

Heroes of the films and novels came from Gryffindor, while the more vile and evil wizards were from Slytherin. That’s something fans are getting a bit tired of. Now fans are pleading to the developers behind Hogwarts Legacy to ensure that all the houses are real depth. Rather than having a strict pathway that will either put players into certain houses, it would be interesting to see some heroes with morals show up at Slytherin.

Again, details are scarce, but we do know that in Hogwarts Legacy, players will have moral choices. It’s just uncertain how this will play with the campaign quite yet. We might be waiting a good while before Hogwarts Legacy shows back up as it’s slated to launch at some point in 2022. With that said, players should pick up a copy of the game on PC, PS4, PS5, Xbox One, and Xbox Series X/S platforms.