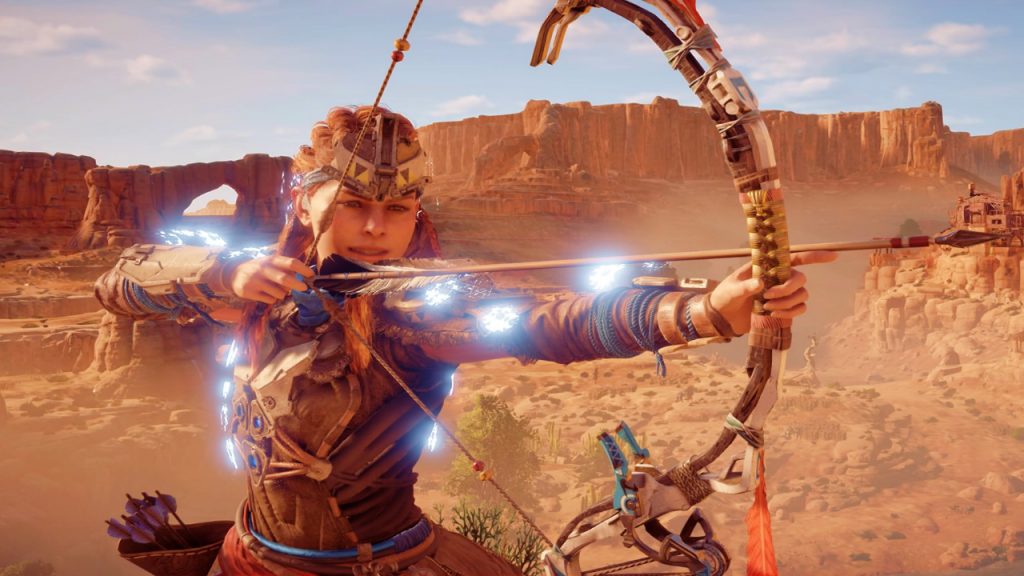 Ahead of the long-awaited sequel to Horizon Zero Dawn, Horizon Forbidden West, due out in February 2022, developer Guerrilla Games is launching a new podcast to highlight more specifics about the series’ expansive and unique lore, world, and characters. The open world is filled with mystery and intrigue, and players have been eager to learn more about it since the original game was released in 2017. GAIA Cast will debut tomorrow, November 23, and the show’s first episode will be all about the badass protagonist herself, Aloy. Following the first Aloy-heavy episode, the following two podcasts will focus on the events that shaped Zero Dawn’s narrative. These episodes are titled ‘Events of the Twenty-First Century’ and ‘Project Zero Dawn.’

While it’s uncertain how deep this dive will be, it’s safe to say that those tuning in should have played Horizon Zero Dawn to avoid plenty of potential spoilers. With Horizon Forbidden West only a few months away, this could prove to be an excellent crash course in bits of lore many players may have forgotten since playing Zero Dawn back in the day. Listeners will be able to tune in via Guerrilla’s YouTube channel, or on Apple Podcasts, Spotify, or Soundcloud via PlayStation Podcast.

For those who may have skipped some of the game’s dialogue or data entries (unthinkable, I know), the show will also explore more of the many tribes and people that Aloy meets on her journey, and will give more context for the civil war with the Carja and the machines that play such a huge role in the series. The first season will contain eight episodes total, which means that once it finishes up, Horizon Forbidden West will be only weeks away once we’re done.

Horizon Zero Dawn was originally released in February 2017 as a PlayStation 4 exclusive. The sequel, Horizon Forbidden West,  is scheduled to release February 18, 2022, for PlayStation 4 and PlayStation 5.