How long can Epic afford to throw money at the Epic Games Store? 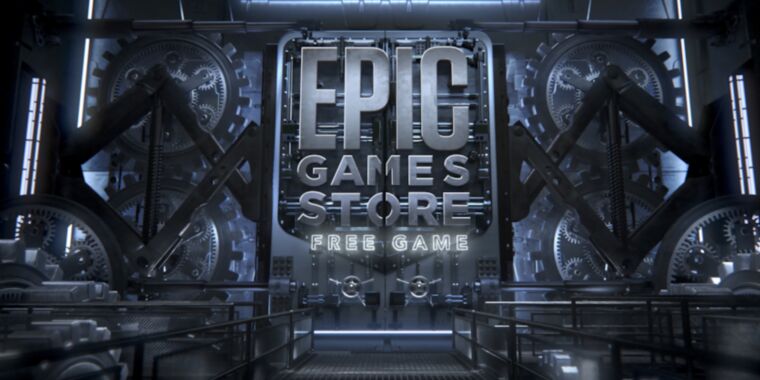 The bitter court fight between Apple and Epic is primarily focused on the mobile-gaming landscape and Apple’s iron-fisted control of the iOS App Store. But recent court filings in that case have also given the public a rare glimpse into just how much money Epic is throwing at the Epic Games Store as it struggles to make a dent in the PC marketplace.

The raw numbers, as reported in a “Proposed Findings of Fact and Conclusions of Law” document Apple filed last week, show massive incurred and projected losses for Epic’s game download hub, which launched in late 2018. Documents and testimony from Epic itself show a $181 million loss for the store in 2019 and projected losses of $273 million in 2020 and $139 million in 2021.

You might think Epic is incurring those losses because it only takes a 12 percent cut of third-party game revenues, compared to the industry-standard 30 percent cut on other digital storefronts. On the contrary, though—in its own court filings, Epic says that 12 percent revenue chunk has been “sufficient to cover its costs of distribution and allow for further innovation and investment in EGS.”

The main driver of EGS’ losses, instead, is Epic’s generous program of “minimum guarantees.” These encompass the advance payments Epic has used to attract so many timed exclusives to its storefront and seemingly also cover the free games Epic makes available to Epic Games Store users every week.

Those kinds of deals can be quite expensive for Epic; Control publisher 505 Games reportedly got over $10 million in guaranteed upfront payments from Epic for that game’s EGS exclusivity. And even if a game like Control can cover that advance (which would take roughly 200,000 sales at full price), plenty of lesser-known exclusives probably fail to earn back their generous guarantees.

Epic also said last year that EGS users claimed over 749 million copies of free games in 2020. Those games would be worth billions of dollars if sold normally, even at reduced prices (though Epic likely paid much less than that to secure the free download giveaways in bulk).

Add it all up, and Epic ended up paying a whopping $444 million in minimum guarantees in 2020, according to Apple’s court filing (though that number could theoretically include future exclusives or free game deals). By contrast, Epic announced last year that players spent only $265 million on all third-party Epic Game Store games combined in 2020. In court documents, Epic also said it has paid out a total of over $700 million to third-party EGS developers so far. That suggests Epic has earned just $95 million through its standard 12 percent EGS revenue share.

It doesn’t take a budgeting genius to realize that spending $444 million on minimum guarantees in one year to earn just $95 million in just over two years is not a sustainable business. Indeed, Apple notes that “Epic has acknowledged the incentives and investments it has made in an attempt to grow EGS will result in… at least $330 million in unrecouped costs from minimum guarantees alone.”

They can afford it

Of course, Epic isn’t throwing all that money around just for its health. Epic sees spending money on timed exclusives and free games as the best way to convince PC gamers to give the new Epic Games Store a chance.

“There are two ways to bring users into something,” Epic Games co-founder and CEO Tim Sweeney told Ars in 2019, just after the launch of the Epic Games Store. “You can run Google and Facebook ads and pay massive amounts of money to them. But we actually found it was more economical to pay developers [a lump sum] to distribute their game free for two weeks… We can actually bring in more users at lower cost by doing all these great things for great people rather than paying Google and Facebook.”

That effort is starting to work. Last June, Sweeney told PC Gamer that EGS had about 15 percent of the PC gaming market. That’s not great, but it’s not bad considering the near-monopoly power Steam has in PC gaming downloads (Sweeney estimated Steam’s share at 90 percent in 2019, though that could be a bit inflated).

Epic also says over 31 million people used the Epic Games Store daily by the end of 2020. That’s lower than the 62.6 million daily users claimed by Steam, but it’s not a bad foothold for a store that launched just a little over two years ago.

And if those customers are primarily coming to EGS for the free games and expensive exclusives for now, Epic seems OK with that. In its court documents, Epic says it expects EGS to be profitable by 2023 and that current losses are mainly because it has “front-loaded its marketing and user acquisition costs to gain market share.”

(Apple notes in its court documents that “Epic does not expect EGS to have accumulative gross profit before 2027,” a difference that likely has to do with Apple taking current losses into account in measuring “accumulative” lifetime profits.)

Even if you accept Epic’s timetable, the Epic Games Store could easily be responsible for $750 million in losses (or more) before it ends up generating even a dollar of profit. That’s a pretty expensive gamble, even if the potential reward (i.e., a slice of the lucrative PC market) might be worth the risk.

But it’s also a gamble Epic Games is perfectly equipped to shoulder, for the time being. That’s largely because of Fortnite, a game that was still reportedly making $400 million in revenue per month as of last April, nearly three years after its launch. Epic’s willingness to take risks is also due to the Unreal Engine, which brings in a 5 percent royalty on sales from dozens of blockbuster games ranging from Yoshi’s Crafted World to Mortal Kombat 11.

Put those together, and you have a company making $3.85 billion dollars in gross profit on $9.625 billion in revenue, according to court documents. For a company like that, spending a few years and nearly a billion dollars in losses on a new PC gaming storefront probably feels like dropping pocket change in the tip jar.