How to Claim the Daisy Battle Pet Now 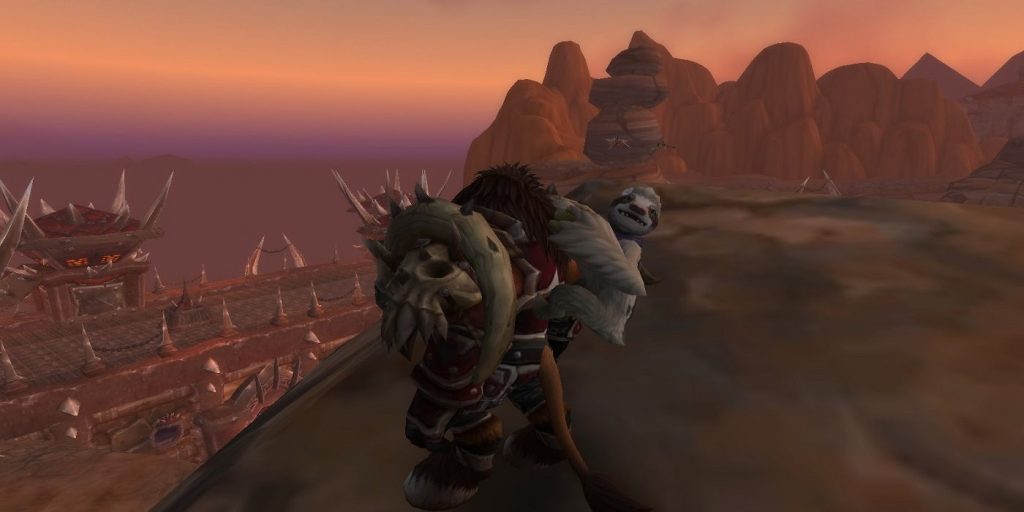 World of Warcraft players can now get a free Daisy the sloth battle pet to follow them on adventures by going to the Blizzard Shop.

World of Warcraft players have known about this year’s special Charity Pet Program since Blizzard revealed the details 2 months ago at BlizzConline 2021. Mere days after the donation period began on March 21st, the community unlocked Bananas the discontinued TCG battle pet. Even though this ultra-rare item was claimed early on, there was still another reward for reaching the $1 million dollar goal: Daisy the sloth.

Despite the massive number of collectable critters including cats, murlocs, and otherworldy beings, simpler animals on Azeroth have been missing as battle pets for years. Daisy is the first sloth to be implemented in-game and was finally made available on April 23rd thanks to donations from the community to aid COVID-19 relief. Now players can claim Daisy for free by once again going to the Blizzard Shop.

RELATED: Next World of Warcraft Book Will Be All About Sylvanas

First, players must log on through the Battle.net application or any online browser. Once the shop appears, cycle through different banners until the Charity Milestone with Bananas and Daisy appears on-screen. Clicking the ‘Claim Them Today’ button will automatically redirect players to the World of Warcraft pet section where they should then click the first tab for Daisy.

Afterwards, players will be taken to another page with details about the promotion such as Daisy only being usable in retail and redeemable until August. Once again click ‘Claim Free’ and then ‘Claim Now’ on the following confirmation screen. At this point, Daisy will automatically be added as a gift that players need to unwrap in their pet journal the first time they log into a cWorld of Warcraft character.

Daisy is a Beast-type battle pet who comes equipped with powerful abilities against Critter and Undead-types. Unlike many other battle pets, however, Daisy moves at a snail’s pace trying to catch up to heroes with even the default walking animation beating her crawl. Fortunately, players can offer Daisy a ride on their back by entering the /beckon command allowing her to accompany them on adventures throughout Azeroth and the Shadowlands. Note that Daisy will stay equipped even in combat but mounting will dismiss her until the character gets back on foot and repeats the whole process.

Though Daisy won’t be free forever, everyone has over 3 months to claim their copy before the August 1st deadline. Even after the offer expires, she will join other previous charity pets as a purchasable option for $10 USD in the shop. While plenty of new battle pets have been datamined to arrive with Patch 9.1 in summer, Daisy should remain one of the most unique companions options for many years to come.

World of Warcraft is available on PC.

MORE: World of Warcraft: How to Claim Bananas the Battle Pet Now

Sea of Thieves: Is There Third-Person?

Daniel is a writer at Game Rant with a minor in Professional Writing. Since a young age, Daniel has been an avid gamer starting with the Mega Man Battle Network series. From there, he branched out to other titles over the years including vanilla World of Warcraft. More than anything, Daniel enjoys a good story that ties world-building and gameplay together as well as multiplayer games with friends. Daniel currently plays a variety of PC and mobile games including League of Legends and Fate/Grand Order.