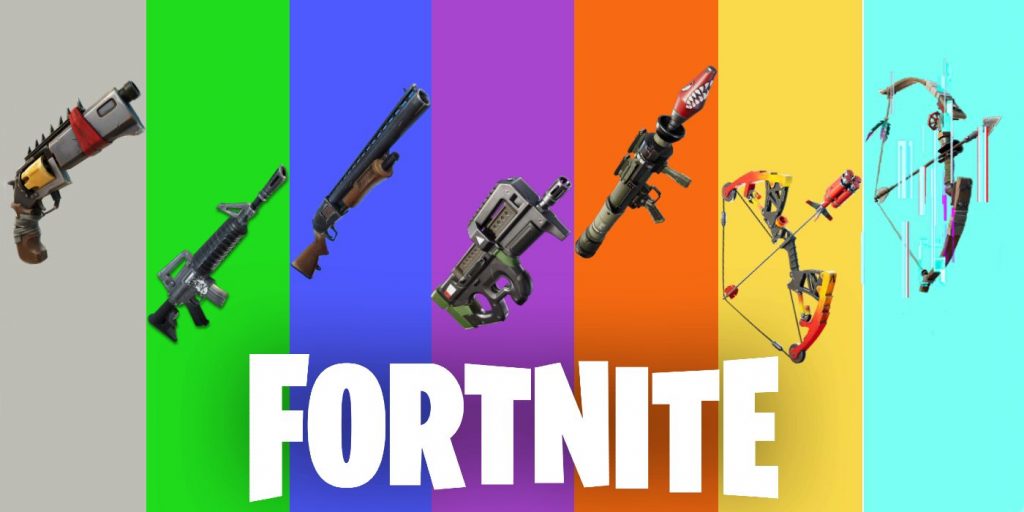 This guide shows players how to mark weapons of different rarity, one of Fortnite’s latest quest challenges for Season 6 Week 7.

Fortnite‘s seventh week of its Season 6 is here, bringing with it a new batch of quests for players to complete. Several of this week’s challenges are, well, very challenging, including one that requires players to mark every single different weapon rarity type on the map.

Epic Games’ popular free-to-play battle royale title is now in the second half of its Season 6. The current “Primal” themed season has seen a number of changes to Fortnite‘s meta, including the addition of various fauna, such as chickens, wolves, and even dinosaurs. Season 6 has also introduced players to a weapon crafting system, new vehicle modification items, and other overt changes the fanbase remains divided on.

RELATED: Fortnite Crew May 2021 Includes Permanent Access to Save the World Mode

How to Mark Weapons of Different Rarity in Fortnite

The quest in question tasks players with marking all seven of Fortnite‘s different weapon rarity types: Common (gray), Uncommon (green), Rare (blue), Epic (purple), Legendary (orange), Mythic (gold), and Exotic (light blue). A feature usually reserved for group play, marking is used as a means of letting teammates know where items, threats, or anything else of pertinence is located.

Players can organically hunt for each of the weapon rarities around the map, but another method can have players completing the quests in only a match or two. Basically, the easiest approach is to drop in around one of the Season 6 NPCs that can upgrade weapons. Assuming players have enough gold, they can simply find and mark an uncommon weapon, then upgrade it and repeat the process.

While all of the characters in the included map will upgrade weapons, players may run into the issue of needing to craft their weapon to reach the higher rarities. Thankfully Sparkplug, NPC 17, sells mechanical parts in addition to weapon upgrades. Located in the gas station south of Catty Corner, players can quickly mark five of the seven total rarities with Sparkplug’s help. However, getting a Mythic and Exotic marked may prove to be a more difficult task.

How to Mark Mythic and Exotic Weapons in Fortnite

There is currently only one Mythic weapon on the entire Fortnite island, and it isn’t easy to come by. Players will need to defeat Glyph Master Raz, the (at least currently) final boss of The Spire, the mysterious structure at the center of the map. The strongest NPC enemy of any so far this season, players will want to be sure to stock up on shields, med kits, and ammo if they hope to take him down and mark the Mythic Raz’s Explosive Bow.

Rather than costing health and ammo, grabbing an Exotic weapon will cost players more Gold Bars. There are a few different Exotics that can be bought around the map confrontation-free, making this step a bit easier. One of Fortnite‘s most recent Exotic additions comes in the form of the Unstable Bow, sold by Rebirth Raven. Costing a hefty 500 Gold Bars, the Unstable Bow phases between one of the four fully upgraded Bow types after each shot. Players just need to drop the Exotic out of their inventory and mark the weapon, which should complete the quest.

In addition to the regularly released set of quests, Fortnite has released its Neymar Jr. quests and rewards this week. Players can now complete soccer-themed quests to unlock the Brazilian sports star’s multiple skin variants and cosmetics, in addition to other Neymar Jr.-centric content.

MORE: Fortnite: How to Score a Goal with the Soccer Ball Toy as Neymar Jr.