How to obtain and upgrade slabs and abilities in Deathloop 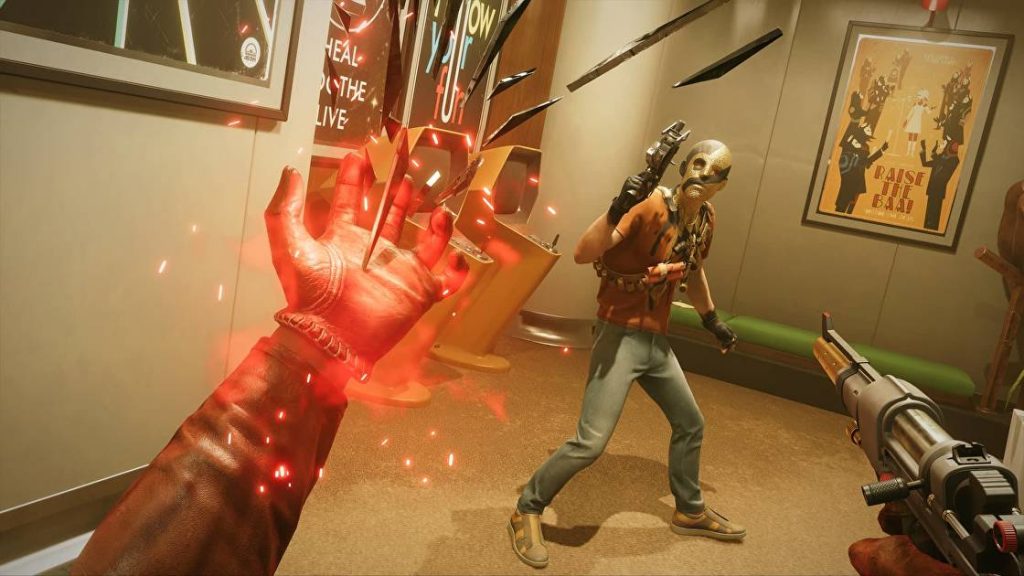 Wondering how to collect and fully upgrade all the slabs in Deathloop? Slab abilities are the paranormal powers in Deathloop, the game’s take on Dishonored’s Void Powers and Prey’s Neuromods. When playing as Colt or Julianna there are five of these slabs to pick up, as well as several levels of upgrades for each.

Each slab is initially held by one of the Visionaries — Deathloop’s main bad guys who Colt is stuck killing (or being killed by) over and over again as he tries to escape the loop. However, since there are seven Visionares (eight if you count Julianna) and only five slabs to pick up, it’s a good idea to know who you need to go to for which slab in advance. Player characters Colt and Julianna also each have a unique slab of their own, so we’ll go over what their abilities are in this guide too.

How to collect slabs from the Visionaries in Deathloop

In the story of Deathloop, slabs are devices developed by Dr Wenjie Evans, Blackreef’s resident scientific genius, to help the Visionaries harness the powers of the paranormal. Though she declines to carry one herself she has supplied nearly all of her companions — including Julianna and Colt — with a unique slab that harnesses a specific power.

In order to collect a Visionary’s slab, you just need to kill them and take it from them. Since the Visionaries are basically the bosses of Deathloop, that may not be quite as simple as it sounds, but in theory it really isn’t too difficult to start collecting those slabs. Just be aware that a living Visionary can and absolutely will turn their slab power against you in combat.

Neither Dr Wenjie Evans nor Ramblin’ Frank Spicer carry a slab, but every other Visionary has a personal slab that you can loot from them after you kill them. Below, we’ve briefly outlined where and when to find each Visionary who carries a slab, along with details of their unique ability and its upgradeable attributes.

Player characters Colt and Julianna also have their own slabs, but they work a bit differently: you don’t need to actively seek them out, they can’t be upgraded, and also can’t be equipped by the other playable character even if one manages to kill and loot the other.

How to upgrade slabs in Deathloop

In addition to its base effects, every slab in Deathloop (other than Colt’s and Julianna’s) has four upgrade levels that each add a bonus power to the ability. If you find you particularly like the effects of a slab, you’ll likely want to bolt on all the extra goodies you can find.

In theory, upgrading slabs is very simple: you kill and loot a Visionary whose slab you already own to pick up the next-level upgrade. However, there’s a catch (because of course there is): in order to already possess a slab when you encounter the Visionary who owns it, you of course need to have carried it over from a previous loop. This doesn’t happen automatically, and requires you to have completed the “Ubiquity” lead, after which you can Infuse items you can’t bear to part with with Residiuum to allow you to keep them. Residiuum is a limited resource and you can’t take everything with you, but slabs should be high-priority carry-overs regardless of your play-style.

One final note on upgrading: if Colt manages to kill Julianna (whose Masquerade slab he can’t equip for himself), she’ll instead sometimes drop a random upgrade for another Visionary’s slab. This can include out-of-sequence upgrades at higher levels than what you’ve reached by going after the slab-owning Visionary, but you still get to equip and enjoy the bonus straight away.

The Aether slab is owned by Egor Serling, the explorer turned wannabe-scientist who founded the AEON Program on Blackreef. There are a couple of opportunities to kill him and pick up his slab, the most straightforward of which is going to The Complex in the evening (following the “Lost in Transmission” lead) and attacking him in his lab. However, by sabotaging his machines earlier in the day you can instead lure him to Aleksis’s party in Updaam in the evening (following the “Devouring of the Lambs” lead) and kill him there.

The Aether slab grants Egor (and the player) the power of invisibility. For a short period of time, you’ll be invisible to both enemies and laser sensors, allowing you to get into a better position for starting a fight or even avoid one altogether if you prefer stealth. Like all abilities, be aware that this power can also be turned against you, both by Egor and by your opponent in multiplayer.

The upgrades for Aether are as follows:

The Havoc slab belongs to Fia Zborowska, Blackreef’s resident jill-of-all-trades: she’s the Visonaries’ fixer, a wannabe-artist, and combat-wise she’s a tank with added anger issues. The best way to take her out is to follow the “Afternoon Delight” lead to find her in Fristad Rock at noon.

The Karnesis slab is owned by Aleksis “The Wolf” Dorsey, an amoral pharmaceutical mogul turned Blackreef’s resident dissolute playboy bankroller. Unlike most of the other Visionaries, Aleksis doesn’t have much of a role in the day-to-same-looping-day operations of the AEON Program, so the best place to find and kill him is in his own mansion in Updaam during the evening, following the “Devouring of the Lambs” lead and infiltrating his incrediby tasteless “cannibal masquerade” soiree.

Karnesis imbues the holder with a very specific form of telekenesis which only allows them to manipulate living flesh. Basically, Aleksis will be picking up mooks with his mind and throwing them at you as a human shield, while the player can use this power to weaponise the bodies of NPC enemies.

Karnesis has the following upgrades:

The Nexus slab belongs to Harriet Morse, Blackreef’s in-house self-help expert and spiritual guide. (I don’t like to say “cult leader” but I think the outfit speaks for itself…) Your chance to take her down and snatch her slab comes from following the “Chaos Theory” lead to Karl’s Bay in the morning.

Harriet’s all about promoting oneness and harmony allegedly, so you might not be surprised to learn that Nexus allows you to chain enemies together using a metaphysical but nevertheless very literal link. Damage taken by anyone in the chain is then shared by all individuals in said chain — and it turns out a problem shared really isn’t a problem halved, because everyone still gets the full effect.

The Shift slab belongs to Charlie Montague, who depending on who you ask is either a genius or an idiot, and whose interests meet at the intersection of art and science. What everyone seems to agree on is that performing surgery on himself was an odd choice, although whether that’s what made him so weird is a bit of a chicken-and-egg question. Charlie hangs out in Updaam at noon, and can be tracked down and eliminated by following the “Space Invader” lead.

Equipping Shift gives the bearer access to short-range teleportation powers, allowing them to confuse enemies in combat (or high-tail it out of a fight altogether), as well as being useful for reaching Blackreef’s high places for stealth and/or exploration purposes.

When playing as Colt you will have access to his unique slab: Reprise. You’ll pick up Reprise by following the story through the game’s single-player tutorial mission, so no need to go out of your way to acquire this one.

Simply put, Reprise allows Colt to cheat death a couple of times before you’re forced to restart the loop. The first two times Colt is killed on a mission he’ll respawn, with a brief bonus period of invisibility post-resurrection. This allows you to loot his old body and get some of your stuff back, as well as being just a bit more convenient than having to restart the entire day every single time you die. Die three times in one mission, though, and it’s all the way back to the start.

Kindly, Reprise’s death counter resets every time you enter a new district. So even if you’ve died once or twice in other areas of Blackreef at other times of day in the same loop, you still get the full three-strikes use of Reprise in the new mission.

Reprise has no upgrade levels, and is the only slab ability that can’t be equipped by Julianna.

When playing as Julianna in online multiplayer you will have access to her unique slab: Masquerade. Like Colt’s Reprise power, Masquerade automatically belongs to Julianna (so no need to go on a killing spree to acquire it) and has no upgrade levels.

This ability allows Julianna to swap appearances with any NPC on Blackreef, be they Visionary or Eternalist. The NPC then happily wanders around wearing Julianna’s face, while the Julianna player can blend in with a crowd or just generally confuse the Colt player. Given that this ability is only available in online multiplayer, it’s a good opportunity to get the drop on your real human opponent — or send them chasing off after an NPC who they think is you.

Masquerade is the only slab ability that can’t be equipped by Colt.

Eager for more Deathloop? Check out our review or take a look at our in-depth guide to the system requirements for best performance on PC.