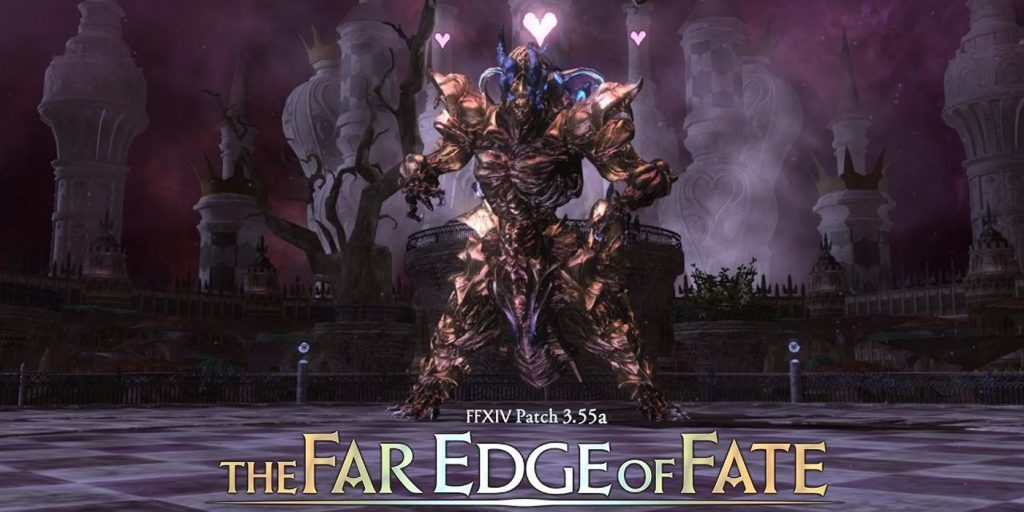 Newer Final Fantasy 14 players wishing to get the most out of their level 60 accessories will need to know the benefits of defeating Proto Ultima.

Released in 3.5, Final Fantasy 14’s The Far Edge of Fate served as the conclusion to the Heavensward story, leading into what would become the beginning of the Ala Mhigo revolution in Stormblood. Patch 3.5 was also the conclusion to the 24-man Shadow of Mhach alliance raids, Dun Scaith. For players who wish to take advantage of as much of that free trial as possible, Dun Scaith is a great way to obtain equipment for a level 60 character.

Aside from the ilvl 260 equipment that Final Fantasy 14 players can obtain through loot chests, players can also obtain a free ilvl 270 accessory for simply completing the raid. In order to unlock these accessories, players will not only need to defeat Proto Ultima in Dun Scaith, but also unlock the Unidentified Flying Object quest. Fortunately, unlocking the quest itself is as easy as unlocking the Dun Scaith quest, though it requires players to go slightly out of their way.

RELATED: Final Fantasy 14: How to Get the Peacelover’s Attire Outfit

The player needs to ensure that they have access to the Shadow of Mhach quests in their entirety, having already completed the Void Ark and the Weeping City of Mhach alliance raids first. Upon completion of the Weeping City of Mhach, players can accept the Freedom For Our Skies while onboard Leofard’s airship. This immediately leads to a follow-up quest, Where Shadows Reign, which will unlock Dun Scaith.

Before embarking on their journey to solve the mystery of the ancient city Mhach, players will need to make a quick detour to Idyllshire and speak to Slipslix, located in coordinates 7.6,4.2. The goblin urges the player to identify a “flying monstrosity” that has made its home in Dun Scaith, revealing itself to be Proto Ultima. If the player, or other players within the 24-man raid, had accepted this quest, then Proto Ultima will appear as the third boss in the alliance raid.

Players may remember Ultima as one of the final bosses that the Warrior of Light must fight during The Praetorium, and fighting him this time around isn’t much different. Several things that newer players may need to look out for are the AOE markers the boss leaves behind, as well as a self-destruct sequence where the boss, and its copies, must be defeated before he takes the raid down with him. Upon completion of Dun Scaith and the defeat of Proto Ultima, players can return to Slipslix where they will be rewarded with a Proto Ultima Heat Shielding that can be exchanged for an ilvl 270 accessory.

While players can also obtain ilvl 270 gear through gear improvement from Seika in Idyllshire, it is recommended to invest in a ring using this method, as one cannot have more than one unique item in their possession. This method ensures that the player has two ilvl 270 rings, one from an Augmented Shire gear and the other from Proto Ultima, with relative ease. Returning players who are trying to catch up in levels with their FF14 jobs may also take advantage of this quest, as there is still the possibility of running into Dun Scaith in Alliance Roulette or if a player is farming Dun Scaith for their Resistance Weapon.

Final Fantasy 14 is now available on the PC and PS4 with a PS5 open beta currently live.

MORE: Final Fantasy 14: How to Unlock the Tower at Paradigm’s Breach

Pronounced “Nay-Quan.” A Brooklyn College graduate in Creative Writing; a passion since elementary school. A gamer since the original PSX days, an avid fan of Japanese rhythm games, fighting games, racing games, and everything in between.