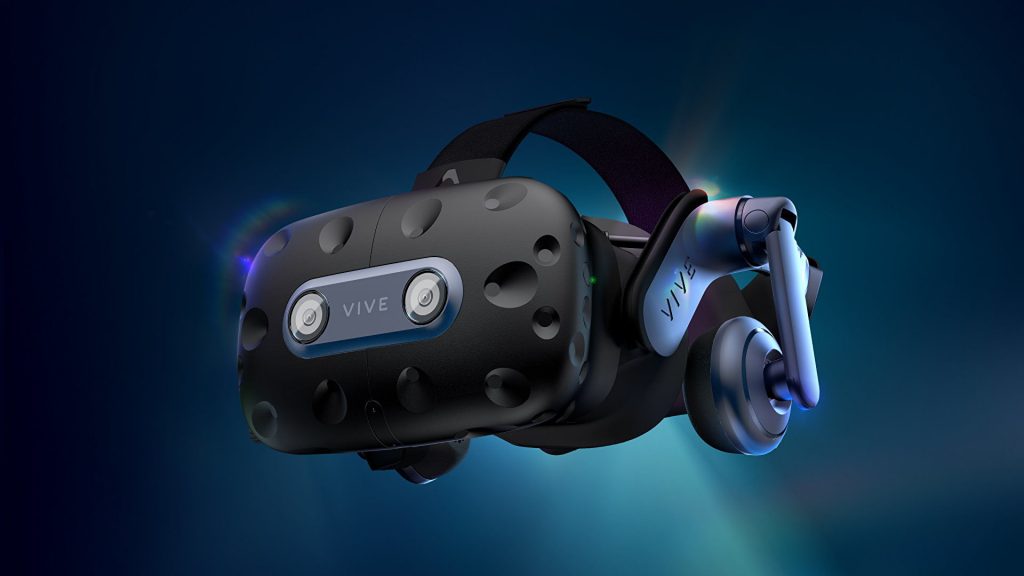 Today is clearly the day for all the new PC hardware announcements, as HTC have just unveiled not one, but two new Vive headsets for VR: the Vive Pro 2 and Vive Focus 3. The former is the consumer-focused successor to their original Vive Pro headset, adding a new 5K resolution display and a super smooth 120Hz refresh rate to the mix, while the latter is an all-in-one headset that’s aimed at business types, offering the same 5K display but a lower 90Hz refresh rate.

The Vive Pro 2 is the one PC VR fans will want to keep an eye on, though, as this new premium VR headset will be taking on with the excellent Valve Index and HP Reverb G2 when it launches on June 4th 2021.

It’s a pricey old thing, with the “full-kit” version going for an eye-watering £1299 / €1399 / $1399 when it goes on sale a little later on August 4th (which includes two Base Station 2.0 trackers and Vive controllers), but there will also be a headset-only version available at launch for those who already have VR hardware and are just looking to upgrade. This will be available for a discounted price of £659 / €739 / $749 during the Vive Pro 2’s pre-order period, too, which opens today, if you fancy getting in there early.

Still, you can kind of understand the price when you look at the new hardware underneath. This new headset has a whopping 5K resolution display – that’s 2.5K per eye – beating both the Index and the Reverb G2, as well as a super smooth 120Hz refresh rate. The latter isn’t quite as high as the Index’s top 144Hz refresh rate, admittedly, but cor, 5K at 120Hz? I think I’ll eat the extra 24Hz, to be honest. The Vive Pro 2’s new dual-stacked lens design has also allowed HTC to extend the headset’s field of view to 120 degrees, which they claim will pretty much eliminate any pesky porthole effect.

HTC haven’t detailed the Vive Pro 2’s PC requirements at time of writing, but I’ll update this article with more information as soon as it gets confirmed. Naturally, I’d imagine you’d need a pretty hefty PC to power that kind of headset display at a decent frame rate, but if you think your current system might keel over at the very thought of trying to do anything at 5K without making you vom up your lunch, then help is at hand. The Vive Pro 2 will be the first VR headset to use VESA’s Display Stream Compression tech, you see, which will help ensure those lovely 5K visuals don’t lose any of their lustre as they get piped down your display cables. Even better, DSC is backwards compatible with DisplayPort 1.2, and HTC say they’ve been working hard with Nvidia and AMD to make sure that even older graphics cards that worked with the original Vive Pro will still provide a noticeable visual uplift when connected to the Vive Pro 2.

Elsewhere, the Vive Pro 2 comes with several adjustment options to help you get a good fit, including an inter-pupillary distance slider and adjustable head strap and sizing dial, and HTC say they’ve distributed the headset’s weight much more evenly this time, too. It also comes with 3D spatial soundH-Res Audio-certified headphones, too, although you will be able to use your own third-party headphones if you prefer.

The Vive Pro 2 will also be compatible with loads of HTC’s older Vive SteamVR hardware, too, including all generations of Vive Tracker, Vive controllers, their new Vive Facial Tracker, as well as both generations of Base Station.

Alas, it doesn’t look like HTC are releasing new Vive controllers to go with the Vive Pro 2 unfortunately (which was my biggest gripe with the Vive Cosmos Elite, to be honest, which will continue to exist alongside the Vive Pro 2, according to HTC, although for how long given their similar-ish price points is anyone’s guess), but they do say you’ll be able to use Valve’s excellent Index controllers with it as well, so at least that’s an option for those that want proper hand-tracking.

As mentioned above, the HTC Vive Pro 2 is available for pre-order right now if you’re feeling particularly flush, and I’ll hopefully be putting one through its paces very soon to see how it stacks up to the rest of today’s best VR headsets.