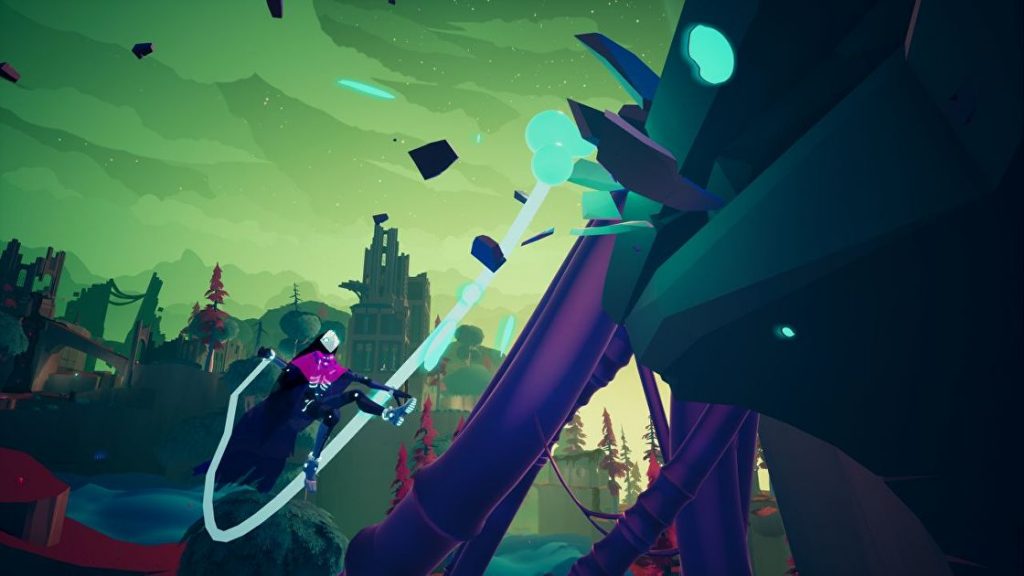 Solar Ash is the next action-y adventure from the folks behind Hyper Light Drifter, which they’ve described as “Super Mario Galaxy meets Shadow Of The Colossus, and sprinkle in a bit of Jet Set Radio.” It was coming up quite soon, and ranked on RPS’s list of best games in October to look forward to thanks to that colourful world and skater-like movement. The monthly list has taken a hit again, as there’s a bit longer to wait for it now. Heart Machine have just announced a delay, though fortunately a short one.


Heart Machine have announced today that Solar Ash needs just a bit of extra time from the prior October 26 launch date. “We want Solar Ash to shine, and we need a bit more time to get the last pieces of polish and bug fixes into the game, while still navigating this global pandemic as a highly dedicated team. This short delay will help us get there,” Heart Machine say.


Sure enough, it’s not much more than a month delay, all told. Solar Ash will now launch on December 2.


If you’d not kept up with it, Solar Ash looks to be every bit as colourful and lovely as Hyper Light Drifter—though its got a 3D world and a sort of skater-y approach to getting around. It’s an action-y adventure about a charater Rei saving her world from the big black hole Ultravoid.


Solar Ash is all about movement, as Alice B learned last month while getting to check out a hands-off demonstration last month. “Rei mostly skates over clouds and side-grinds on looping rails, over a weird otherwordly landscape,” she says. “All this demo did was make me want to steal the controls myself to understand it better..” It was great to look at, to be sure, but it was tough to judge how combat combos or ziplining across areas actually feels without doing it herself.


Solar Ash is now set to launch on December 2, which is when you’ll find it over on the Epic Games Store.