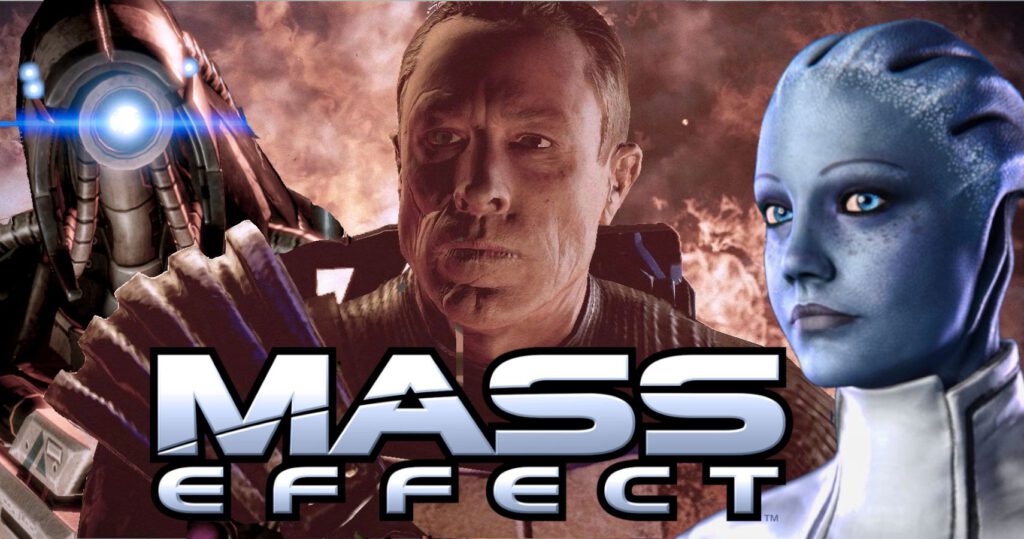 Today marks the start of Mass Effect Week here at TheGamer. If you’re out of the loop, the team has been working tirelessly to bring you interviews, essays, and exclusive behind-the-scenes features to celebrate the upcoming release of Mass Effect: Legendary Edition. We’re all very excited to show you what we’ve got planned this week, after all, Mass Effect is one of the greatest RPG games ever created. Or at least, that’s what I’m told. I’ve never actually played any of the Mass Effect games.

Related: “We Weren’t That Smart” – Mass Effect Writer Likes The Indoctrination Theory, But It Was Created By Fans

I am no slouch, however, so when the boss man says “Jump for Massive Effect, Eric” I say “How High, Sir?” I may not know Mass Effect, but I know a lot about plot structure and science fiction stories. What follows is my estimation of who the characters in Mass Effect are and what events unfold throughout the trilogy. As far as I know —and I haven’t asked a single person — these guesses are 100% accurate and correct.

Starting off with the one everyone knows: this is Lt. Colonel John Sheppard, Commander of the SS Omaha. Sheppard is a veteran of the first Galactic Space War and he carries the battle scars on his heart (and his face). He has a cold-blooded reputation and body count to back it up. Sheppard’s “shoot first, ask questions never” attitude has been known to get him into trouble now and again, but his loyal crew of ne’er-do-wells can always be counted on to get him out of a jam. Morally flexible but emotionally rigid, John Sheppard starts as a cold and distant spaceman with a chip on his shoulder and a big ol’ slice, again, on his face. Sheppard eventually learns to be a more caring and compassionate leader. I guess you could say the love of his crew has a “Mass Effect” on him ;).

This is Sheppard’s right-hand man, Big Glenn. Sheppard and Glenn fought side by side during the first Galactic Space War. Brothers-in-arms, Big Glenn was Sheppard’s first recruit after the war. Big Glenn used to be a normal-looking human man like Sheppard but volunteered himself to be turned into a hideous rock monster during the war (before the transformation he was known as Glenn). Big Glenn secretly resents Sheppard for looking like a normal man and eventually betrays Sheppard and the crew at the end of Mass Effect 2. Big Glenn later joins up with Sheppard’s sworn enemy, Darth Cyborg.

Darth Cyborg is the sworn enemy of Lt. Colonel John Sheppard and the main antagonist throughout all three Mass Effect games. Cyborg and his legion of unmen threatened peace in the galaxy during the first war. When the war ended, Cyborg faked his death and went into hiding, but resurfaced at the beginning of Mass Effect to terrorize Sheppard and his crew throughout the trilogy. Driven by an insatiable lust for revenge, Darth Cyborg will stop at nothing to see Sheppard fall beneath his robot heel. He is voiced by David Schwimmer.

Related: Remembering The Rebel Inside – An Interview With Courtenay Taylor, The Actor Behind Mass Effect 2’s Jack

Kortana is Sheppard’s love interest and AI companion throughout all three games. After a particularly dangerous space heist, Sheppard is told by his client that he can’t pay him the galactic credits he owes him, but offers him Kortana instead. Sheppard and Kortana quickly form a close bond, but given her incorporeal nature, there is an unresolvable barrier that keeps them at a distance. During Mass Effect 2, Sheppard acquires a synthetic body for Kortana so they can finally be together. Unfortunately, the end of Mass Effect 3 reveals that the entire series was just a fantasy created by Kortana so that she could simulate her life together with Sheppard. It’s a sad ending, but this is why everyone hates Mass Effect 3.

These are just the Sentinels from The Matrix: Reloaded. Next.

This is Klerg the Pyromaniac. Klerg is a mercenary that Sheppard picks up during the first Mass Effect while investigating Darth Cyborg’s whereabouts. Klerg is wanted by the galactic police on ten counts of arson, but unfortunately, Sheppard doesn’t know this until the law comes looking for him. Ever the loyal leader, Sheppard distracts the police while Klerg sets their space ship on fire. This cements their bond, and Klerg the Pyromaniac becomes one of Sheppard’s most loyal crew members throughout the rest of the series. Klerg can eventually learn pyromancy if you allow him to train at the School of Destruction on the planet Nirn.

This is Sheppard’s pet gorpo, Spots. Gorpos are basically space dogs, but they live for 400 years and can speak simple English. Sheppard inherited Spots from Colonel Jacob Sanders, his commander in the space war. Spots is 375 years old and one of the last living beings that can still remember Earth That Was. He often makes pop culture references and serves as the comic relief in Mass Effect. His catchphrase is, “What’s a gorpo gotta do to get a Bud Light Lime around here?”

Related: Jacob From Mass Effect Was Once Romanceable For Male Shepard In “Brokeback Mountain” Cutscene

An existential threat to the galaxy is introduced in Mass Effect 2. After being defeated by Sheppard and his crew in the first game, Darth Cyborg develops a parasite that spreads to all plant life throughout the galaxy. Left unchecked, the parasite attaches itself to the space flora and quickly transforms it into strange, shimmering creatures. At first, Sheppard and his crew don’t understand what is happening to the space trees, which are uprooting themselves and attacking people all across the galaxy. He eventually traces the parasite back to Darth Cyborg and forces him to hand over the anti-parasite, rescuing the galaxy from certain doom.

These are Darth Cyborg’s unmen, created at the end of Mass Effect 2 when Cyborg’s parasite mixes with ultra-violent light (light created from two stars smashing into each other) and infects a human host. The unmen are fierce warriors that crave death and destruction. Darth Cyborg turns them loose on an unsuspecting galaxy in Mass Effect 3 and leads them in the second Galactic Space War, with Sheppard and his crew leading the resistance. The unmen are eventually defeated — as all villains are — with the power of love.

The Power of Love is a kick-ass laser beam capable of absolutely obliterating Darth Cyborg and his legion of unmen. Built-in secret by an ancient race of highly-advanced aliens called the Chozones, The Power of Love serves as the home base for Sheppard and his crew throughout most of Mass Effect 3. In the end, the heroes discover that the only thing that can power the Power of Love is Kortana. She sacrifices herself to defeat Darth Cyborg once and for all and save the galaxy. This would have been a powerful moment, but of course, it’s then revealed the entire trilogy was a dream sequence/simulation in Kortana’s artificial mind. Everyone hates this ending.

There you go, my 100% accurate and true summary of the Mass Effect trilogy, I think.

Next: Mass Effect 3 Could Have Had A Completely Different Ending