I Never Feel More Like A Failure Than I Do When I Play Crash Bandicoot: It’s About Time 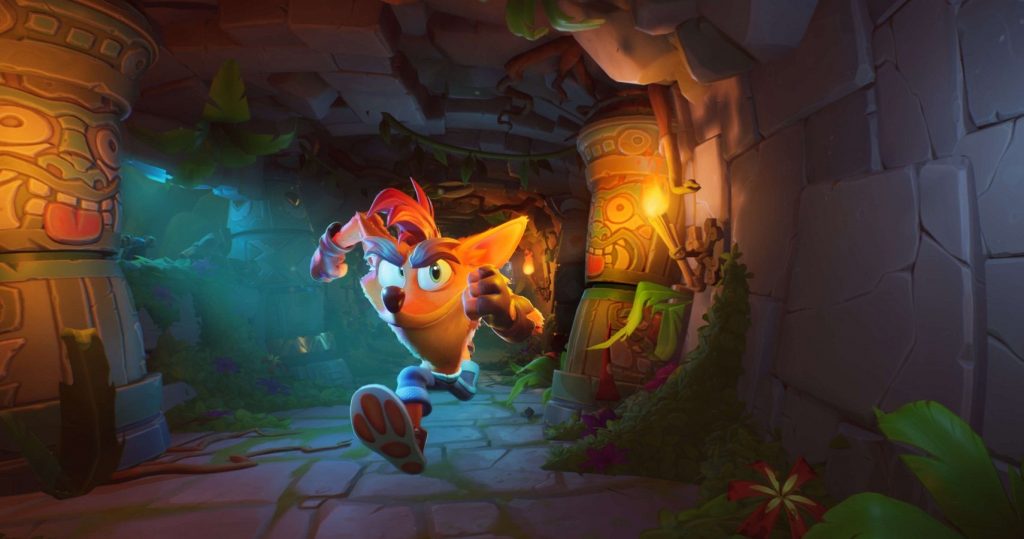 I thought I was good at Crash Bandicoot games…

Some of my favorite times have been hanging out with friends and playing some of the Crash Bandicoot games. Through the years, a few friends and I would pass the controller with every death or every time someone completed a level, and it’s been a blast beating all the games together. But if I’m being honest, I always felt a sense of pride when my friends couldn’t pass a part in the level, and they’d say, “Oh, Steph will get through it for us.” And that, historically, has been my role in our little group when playing Crash Bandicoot.

Related: Crash Bandicoot: On The Run Earned Nearly $700K During Its Launch Week

That is, until we started playing Crash Bandicoot: It’s About Time. The only other time I’ve seen my gaming confidence go down the drain that quickly is when I started playing Darkest Dungeon.

I don’t know if I’ve just officially graduated into the “you’re old now” camp or if I just have a huge problem with change (those are likely related), but it’s amazing how much I cannot get behind these new features and moves they’ve added to the new Crash game.

I know I just sound like a bitter old lady when I say things like, “Why do we need all these ‘new skins’ and ‘new masks’? What’s wrong with just having original Crash?” I need to get with the times, and I can accept that. Everyone wants customizable options, and if this wasn’t a game I’d been playing and following for so many years now, I’d probably feel the same way.

The part that I can’t get over so easily is how absolutely terrible I am at some of the game’s new mechanics. It’s interesting, because I’ve always thought in general that most video games were getting easier over time, but Crash Bandicoot: It’s About Time isn’t the first game recently to prove to me that that’s a false take.

It’s embarrassing now when I reflect on our first time getting our little group together for the new Crash game. Almost right off that bat, we unlocked the new Lani-Loli mask, which is the Quantum Mask of Phase. With this mask, you can “phase” objects, crates, or other obstacles in and out of existence. My friends couldn’t get across some of the bonus content in which you had to consistently phase mid-jump and movie from box to box through the air without plummeting to your death. They passed the controller to me as I wore my “this is no problem” face, and then I promptly proceeded to die as quickly as they did.

It didn’t get better when we were introduced to grind rails. As soon as those became slightly more complicated than the first couple, we started having a difficult time. I failed my group, because I continued to struggle just as much as they did.

The thing is, I don’t think it’s because the game is actually that difficult. When I’m watching someone else play, or when I’ve looked up videos of gameplay, it doesn’t look that hard. In fact, I can think of several games that I’m decent at but are way more complicated than It’s About Time. Yet somehow, when the controller lands in my hands, I somehow lose the ability to think or react quickly enough to play this game successfully (granted, I haven’t been playing it long yet).

My guess is that I have some kind of muscle memory associated with Crash games, and it’s almost being misapplied here. Crash Bandicoot: It’s About Time has branched out in ways that none of the other Crash games have. And that’s great! After the franchise has been around for so long, it seems like the right step to start changing things up with their main games. But after being used to the old ones for so many years, I straight up suck at this game, and it’s embarrassing. Considering my love for Crash Bandicoot, I’ll work through it and try to improve, but damn did this game knock me down a peg!

Next: Crash Bandicoot 4: How To Transfer Save Data From PS4 To PS5

Stephanie is an Editor at TheGamer, solidly aligned chaotic neutral. Though her favorite game is Fire Emblem: Three Houses, she vows to do everything in her power to one day see a Legend of Dragoon remake. Absolutely nothing can top her immense love for The Lord of the Rings.