In Protecting Arya And Sansa, Game Of Thrones Failed Them Both 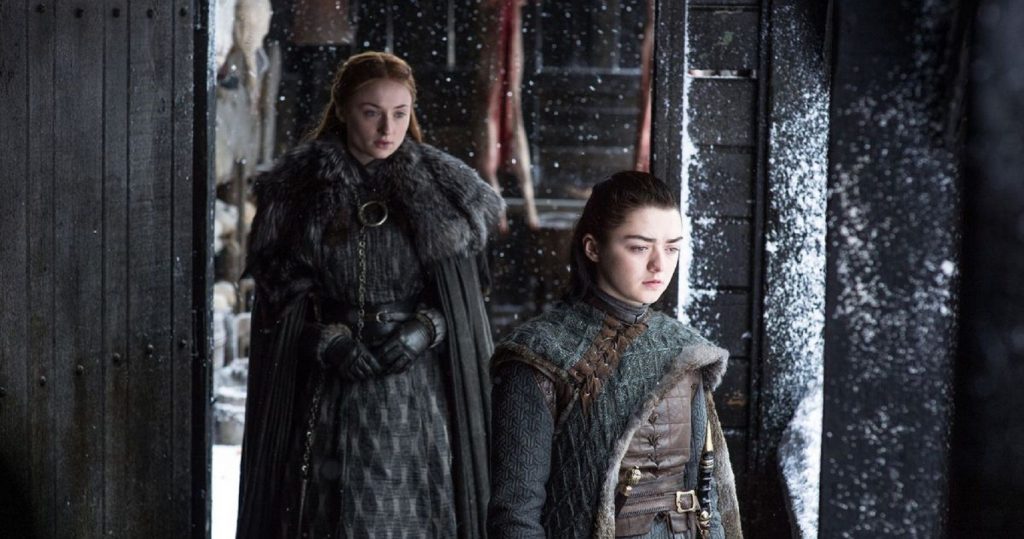 The first episode of Game of Thrones premiered ten years ago today, which has me thinking about all the things the show did right and wrong; particularly the ending. It wasn’t very good, but I think we all know that by now. There’s not much point in me rehashing the things that didn’t work, or why I didn’t enjoy it. We all seem to have different reasons for why we disliked the ending, but the fact that there are so many bad elements to pick from only goes to compound the issue: the ending was rubbish.

Instead, I want to focus specifically on Arya and Sansa, the two Stark sisters. They arguably fared the best out of the entire cast in the end – Arya killed the Night King and got to sail away on her own adventure, while Sansa gained independence for the North and became Queen of her own kingdom in the process. But in giving them such a good ending, the show failed them.

“If you think this has a happy ending, you haven’t been paying attention,” etc etc – but for the Starks, it did have a happy ending. Game of Thrones was always at its best when it was bittersweet. You got something, you lost something. Having Jon get away with killing Dany, Bran become King, Sansa become Queen, and Arya hailed as the ultimate hero negates all that. The story didn’t necessarily feel like it belonged to the Starks in the earliest seasons. We got to know all of their arcs, but not really much more than we did the Lannisters or the Tyrells. They seemed like the good guys, but several good guys – most notably Ned Stark himself – had already died. Ned was positioned as the show’s hero – the entire debut season was marketed around Sean Bean – and it killed him off before we even got to season two. There were no rules.

But in the end, Game of Thrones succumbed to the most basic of TV rules. The heroes win. The good guys survive. The neat little conclusion feels so much worse here, however, because the show had been brave enough to break the rules before – but when it really came down to it, Game of Thrones played safe in the worst way possible. It’s not just the ending though. After setting up Sansa and Arya as brilliant characters in the universe – both completely different to each other and to the rest of the cast – anything interesting about them was chopped away to ensure nothing interesting got in the way of their picture perfect ending. Despite all the trauma the show put them through, the ending feels unearned because it feels like the antithesis of what Game of Thrones is all about.

I love both characters, but it feels as if death might have been a better outcome for them. As the final series rushed its ending, there were more than a few bad deaths (Varys, Theon, too many more to list), but a good death is the best way to cement yourself in the memory of Game of Thrones fans. Ned for one, but Joffrey, Tywin, Olenna, Shireen, and the Red Viper of Dorne will never be forgotten because of the way they bowed out. Sansa and Arya will both be remembered for the wrong reasons.

First, Arya. She was one of the show’s most popular characters, and had one of the most fascinating solo arcs. She spent the vast majority of her time in the show away from the main cast, so there was tremendous pressure on Maisie Williams’ shoulders, but she delivered in spades. We saw her become an expert swordswoman, match wits with Tywin Lannister, escape from Harrenhal, travel with some of the nastiest characters in the show, sail to Braavos, join the house of the Faceless Men, become No One, and turn blind. She is put through it. At one point she’s brutally stabbed in the stomach several times and falls into a dirty river, but survives. That seems like just about the right amount of plot armour for a leading character, especially since it leads her to the sword fight in the darkness, where her former blindness becomes her greatest asset. There’s just about enough Rule of Cool to get her through.

But then she comes back and kills the Night King. Of all the characters in the show, Arya has maybe the least connection to the central antagonist, so the death feels particularly baffling. Not to mention that everything else in the kill’s choreography is so ridiculous and nonsensical that it turns into a moment of unintentional comedy. I remember being confused as to what had even happened the first time I watched it. Perhaps because the showrunners were keen to primarily focus on the Starks in the ending, perhaps because of Arya’s popularity, or perhaps because of both these things and a whole range of other factors, Arya’s crowning moment just feels daft. It doesn’t feel very Game of Thrones, and despite her popularity, it just makes us resent her.

That’s not to mention the fact she survives the attack on King’s Landing unscathed despite being in the thick of it too.

Then there’s Sansa. Less popular than Arya in the fanbase, she had an even bigger mountain to climb in order to justify her final moments, and never gets close. Outwitting Littlefinger in season seven felt rushed and lazy, but it was at least earned. Sansa had been manipulated by some of the most conniving characters in all of Westeros, and in theory, the idea that she learned from them works. I’m not entirely sure her plan against Littlefinger is that effective, and it relies on him being uncharacteristically naive, but as a basic plot point, I get it. By that stage, Sansa has been tortured, raped, beaten, threatened with death multiple times… she has earned her victories. Killing Ramsay with his own dogs was an especially satisfying moment for her.

But quite why she was written as the mean bitch who doesn’t like Dany, I have no idea – it’s not like her suspicions give her any advantage. Nor is she clever in how she uses Jon’s secret lineage to create unrest within the camp. She then becomes Queen just because she says so, and everyone else is fine with that, because the script says so. It doesn’t fit with anyone’s character, but then neither does Yara scoffing at the idea of democracy, or the renaming of the kingdom to The Six Kingdoms after the North leaves (there were already more than seven and some are currently without rule), or the fact Tyrion is not mentioned in the Song of Ice and Fire. It’s a funny line, sure, but it makes no sense that someone who served as Hand on multiple occasions and was closely involved with several major events not be mentioned at all. That’s another issue entirely though.

Arya and Sansa get their happy ending, but it only makes us resent them, and looking back across the show ten years after it started, the two Stark sisters deserve better – and they could have gotten it, if the show was prepared to treat them a little worse.

Next: Returnal’s Devs On Non-Linear Storytelling And Progress In A Roguelike

Stacey Henley is an editor for TheGamer, and can often be found journeying to the edge of the Earth, but only in video games. Find her on Twitter @FiveTacey