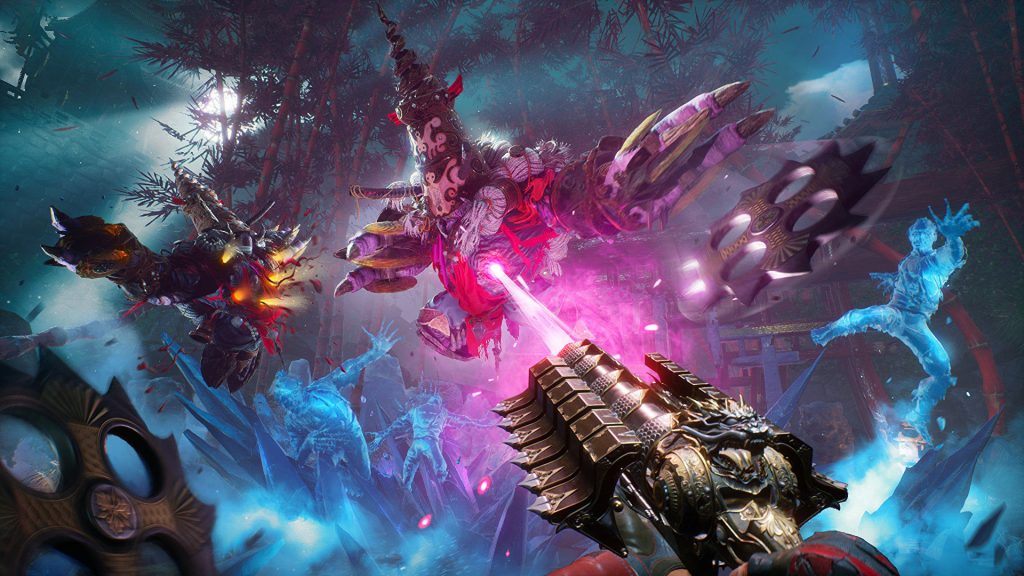 The pair of Shadow Warrior 3 trailers below are intense and ridiculous. Like modern Doom, but instead of Hell’s spawn spewing onto Mars they’ve accidentally invaded a ‘90s children’s quiz show set. There are eyeballs popping out of maws and gleefully killing everything, and each arena has vast killing devices that grinds enemies into a fine paste. If the gore was green slime instead of viscera it would probably be a big hit on Nickelodeon.


It’s both gorish and garish, and I promised myself I would write that so there you go. The first trailer shows a clip of the ‘Doomsday Device’ mission, which is very non-specific when you watch it. Every weapon is so overpowered that they’re all technically doomsday devices. Even basic sword swipes and guns spill enough blood to be considered a war crime, but there are also eyeball freeze grenades and miniguns yanked from the bowels of blorpy bad guys.


I have a deep and abiding love for player controlled killing devices. Even a basic turret fills me with joy, so seeing huge circular saws swiping across the level while the player bashes enemies into their paths is very satisfying. I’d happily play a game where that’s all I do.


The second trailer is so busy that it’s tough to parse, but there seems to be a theme of ocular weaponry developing across the two levels. In this, there’s an optic homing missile that’s also a blender. This level has giant wheels that crushes enemies and a large, spinning blade mace that swooshes on the end of a chain. I am in heaven.