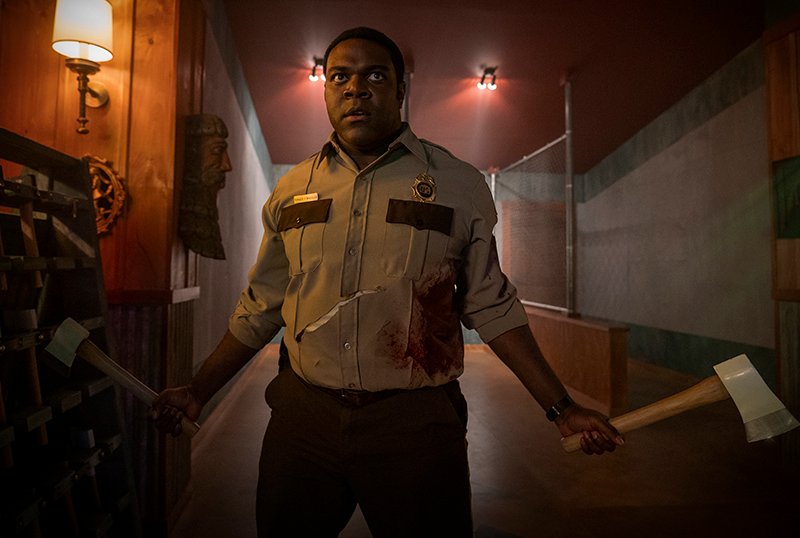 On the heels of news breaking that the adaptation of Ubisoft’s virtual reality horror-fantasy title would make its world premiere at the Tribeca Film Festival, IFC Films has debuted the first trailer for Josh Ruben’s Werewolves Within teasing a star-studded and hilarious whodunnit genre mashup. The trailer can be viewed in the player below!

The film, written by Mishna Wolff (I’m Down) and directed by Ruben,centers on the small town of Beaverfield as a proposed gas pipeline creates divisions within the town and a snowstorm traps its residents together inside the local inn, with newly arrived forest ranger Finn and postal worker Cecily teaming up to try and keep the peace and uncover the truth behind a mysterious creature that has begun terrorizing the community.

“I grew up near the same small town where we shot Werewolves Within,” Ruben wrote in a statement. “As a kid, I’d freak myself out, making up monster stories, running through the woods, pretending I was Chief Brody, fighting creatures in the brush (I LOVED Jaws — hell, I loved horror). That hometown experience, where neighbors knew your business (whether you liked it or not) is so much of what makes Werewolves so personal. But, as much as I love horror movies, nothing scares me more than people. And as much as this movie is an homage to my love for Hot Fuzz, the Coen Brothers, and Arachnophobia, it’s also about the monster in all of us. This movie is a tribute to those of us who are resolute that good conquers evil, and that “being good” is the best weapon we’ve got, against guns, knives, even claws… Sometimes, you just gotta be a good neighbor, no matter how wicked people are.”

RELATED: Things Are Going Sideways in New Spiral: From the Book of Saw Poster

Werewolves Within is produced by Altman, Margaret Boykin and Andrew Lieberman for Ubisoft Film & Television, Matt Miller, Natalie Metzger and Benjamin Wiessner for Vanishing Angle and Richardson and is set to hit theaters on June 25, followed by a VOD and digital release on July 2.