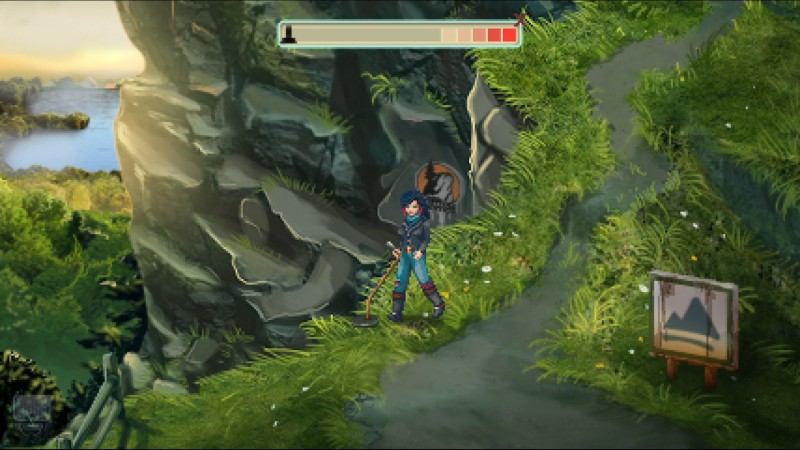 Although point-and-click adventure games aren’t as prevalent these days, that does not mean the genre doesn’t have an audience. Many dedicated fans of games like The Secret of Monkey Island remain hungry for new and exciting takes on the point-and-click adventure genre, and a few developers have gone out of their way to cater to them. Some of these fans may have missed out on Kathy Rain, a 2016 adventure game that pays homage to the 1990s. Fortunately, fans now have extra incentive to try the game out for the first time, as developer Clifftop Games and publisher Raw Fury plan to release Kathy Rain: Director’s Cut on Oct. 26.

Both a press release and a new trailer detail exactly what this updated re-release will feature. Most notably, the re-release will expand on the original game’s story and add “a fleshed out and more satisfying ending.” Additionally, the re-release will include “multiple new areas to explore, with additional gameplay and puzzles,” as well as “an expanded and remixed soundtrack.” The game will also feature “700+ new lines of dialogue voiced by the original voice actors,” double the amount of achievements on Steam and “different motorcycle skins to personalize Kathy’s motorcycle.” Players can check out more of the Director’s Cut’s extra features on the game’s Steam page.

The release of Kathy Rain: Director’s Cut presents the perfect opportunity for both point-and-click adventure fans, and those less experienced with the genre, to play through a game that they may not have been aware of back in 2016. The original release received “very positive” reviews on Steam, which should reassure players who may feel skeptical about the game’s quality. And hopefully, the added features in the Director’s Cut will only serve to enhance the gameplay and narrative of the original, rather than add pointless bloat.