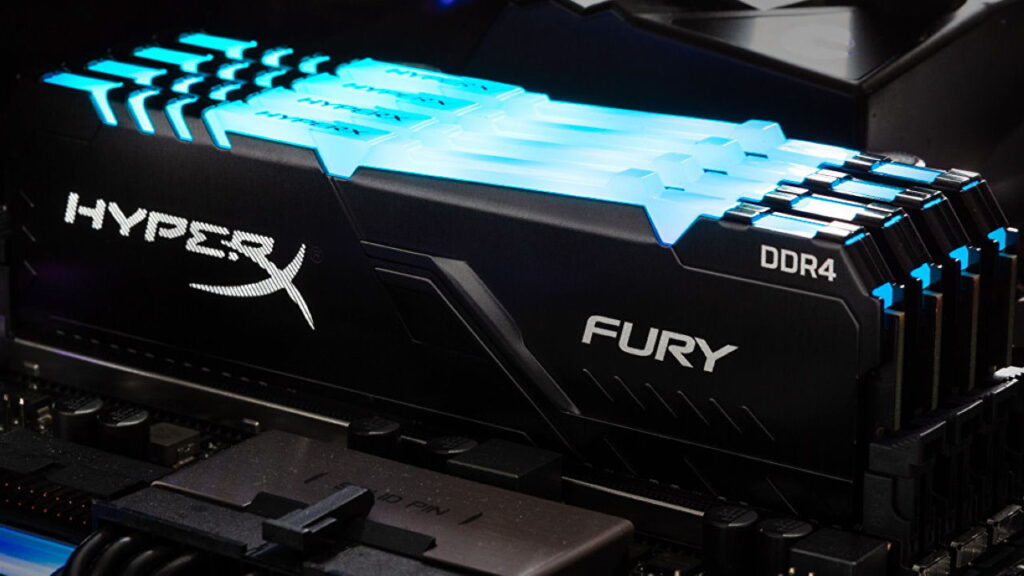 HP have announced they’ve completed their acquisition of HyperX, the gaming division of Kingston Technology, for a purchase price of $425 million. It’s not yet clear whether HP will carry on using the HyperX name just yet, or whether they’ll incorporate HyperX’s extensive family of gaming headsets, mice, keyboards, mics and console accessories into their own HP Omen line-up. One thing that is clear, though, is that HP won’t be taking Kingston’s HyperX RAM with them. Instead, all HyperX RAM will now be rebranded under Kingston’s new Fury banner.

This split makes a lot of sense, as Kingston have a long history with RAM, storage and other types of memory modules. It’s kind of their whole deal. The new Fury name hopefully shouldn’t cause too much confusion either. After all, most HyperX RAM already had ‘Fury’ in the title somewhere, so the rebrand should be pretty straightforward.

If you’ve recently bought some HyperX Fury RAM, don’t worry. Kingston have told me that all HyperX DRAM, SSD and flash product warranties will continue to be honoured and supported by the Kingston technical support team around the world, and you can find more details on their website.

Kingston haven’t unveiled their full line-up Fury DDR4 and DDR3 offerings just yet, but they’ve said the rebrand should be taking place pretty soon. It will consist of three different products. Fury Renegade will be their flagship DDR4 family, which will be available in both RGB and non-RGB flavours, and it’s set to deliver super fast speeds (up to 5333MHz!) and low latencies for top of the line performance.

Next up is their enthusiast Fury Beast series, which will have DDR3 and DDR4 RGB and non-RGB models that are slightly friendlier on the wallet than their Renegade family, with max speeds of 3733MHz. Finally, there’ll be their laptop-based Fury Impact series – SO-DIMM models for laptops, Intel NUCs and other small form factor PCs, available in DDR3 and DDR4 with speeds up to 3200MHz.

Kingston will also be lifting the lid on their new DDR5 memory modules soon, too. They’re expected to arrive this autumn, and are currently going through the final compatibility and qualification testing with motherboard manufacturers.