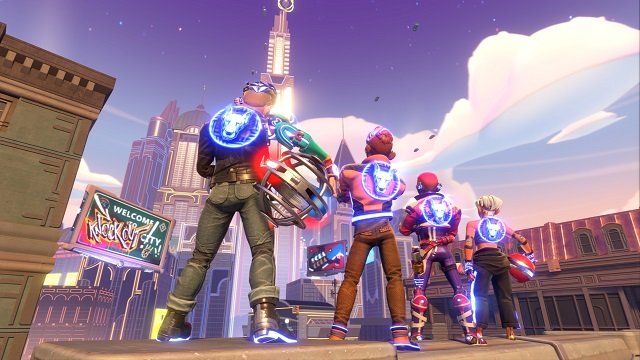 The dodgeball-inspired multiplayer game Knockout City has been a smash hit, and now developers Velan Studios are ready to introduce a brand new event into the game.

Announced during GameSpot’s E3 Play For All show on Tuesday, Knockout City will be hosting a brand new, mid-season event known as Heatwave. The event will begin on Tuesday, June 22 and run through Monday, July 5, and will task players with finding hidden Ice Pops throughout the various maps of Knockout City.

Players can use the Ice Pops to unlock limited-time items in the game, including an Ice Cream Truck glider, new intro poses that feature summer themes, and even more. Tickets are redeemable in the Heatwave Event Shop, and if you’re able to complete all of the Heatwave contracts, you’ll unlock a Legendary Ultimate Hologram, the Fire Hydrant.

Knockout City is also getting a brand new set of playlists to celebrate the new event. The playlists will be rotated in every week starting on June 22, and will include:

Electronic Arts has said that more content is planned for Knockout City’s Season 1 after the Heatwave event ends, with new playlists, weekly Crew contracts and even more on the way.