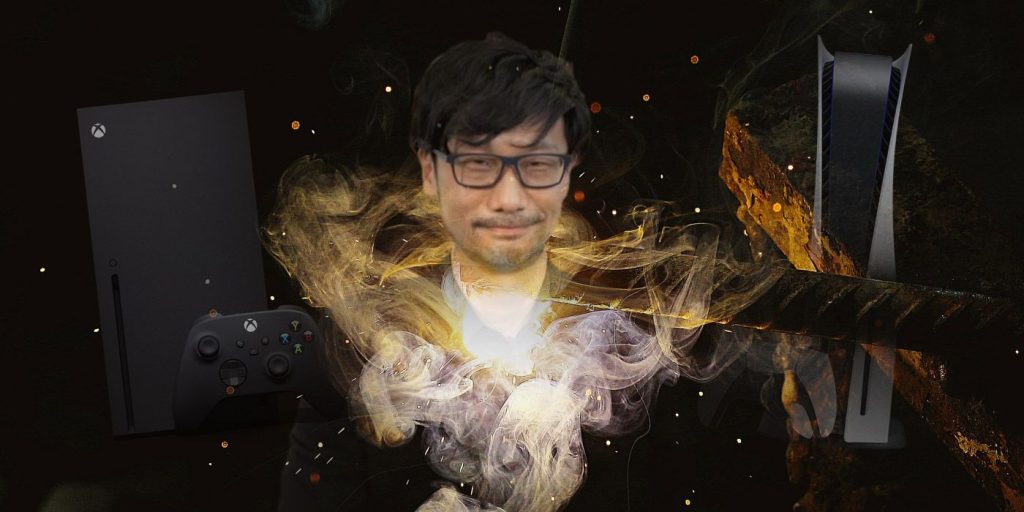 Rumors suggest that Xbox might publish Kojima’s next game, which could very well be Sony’s biggest loss and Microsoft’s greatest gain this generation.

Microsoft and Sony are constantly trying to one-up each other; after all, that is the spirit of competition. This is great since consumers are the ultimate winner who gets the best product by means of this well-natured competition.

Hideo Kojima seems to be the talk of the hour, with rumors swirling around Abandoned for PS5 being his next project. While such rumors were debunked as quickly as they surfaced, industry insider Jeff Grubb quickly reported that Xbox might be in talks about publishing Hideo Kojima’s next game after facing rejection by Sony.

While much isn’t known about Kojima’s next game, this could be some form of horror-esque game. Considering this is Kojima, this could mean a lot of things and such a game could take a lot of different forms. If this does turn out to be true, Kojima’s next game might be the missing piece of the puzzle in making Microsoft’s first-party offerings an all-encompassing library of games.

Xbox Game Studios has currently 23 studios under its name, with each working at its own titles. While the diversity here is astonishing, there is a noticeable absence of exclusive horror games. The Medium released to stellar reviews earlier this year, but the fandom didn’t really pick up. With Kojima at the helm, his next project could very well create a long-lasting mark on the console’s library.

A potential Hideo Kojima deal would most certainly be a single-game publishing deal, but it would even pave the way for something greater down the road. Kojima has shown some interest in developing sequels, and such a project could essentially be the start of a long-lasting professional relationship between Xbox and Kojima. In addition to this, many have claimed that such a deal might even be a start getting more Japanese developers on board the Xbox platform.

Sony’s PlayStation has been the console of choice in Japan for the longest time, and a lot of it has to do fan-favorites such as Metal Gear Solid being exclusive to the platform. However, with Microsoft constantly making big moves with Kojima and aggressively pushing Game Pass as a viable alternative to conventional gaming, things could certainly change with time.

Xbox’s current scheme of action seems to be the most aggressive, with fans constantly on the lookout for what surprise game Microsoft might announce or even which new studio would the giant acquire next. While this might not necessarily imply Sony’s conventional approach to be outdated, it might ultimately need to step up in order to keep itself relevant. Reports indicate that a potential Game Pass competitor might be on the way, which does indicate a healthy change.

MORE: God of War Creator Says Sony Will Have A Response to Xbox Game Pass

A prototypical computer nerd, Usaid can mostly be found either writing, playing, or thinking about video games. In the rare cases he isn’t doing anything gaming, expect him doing the needful for his Engineering degree. Usaid loves to read and write about the subtle elements of game design that make good games great.