Konami have revived GetsuFumaDen on PC 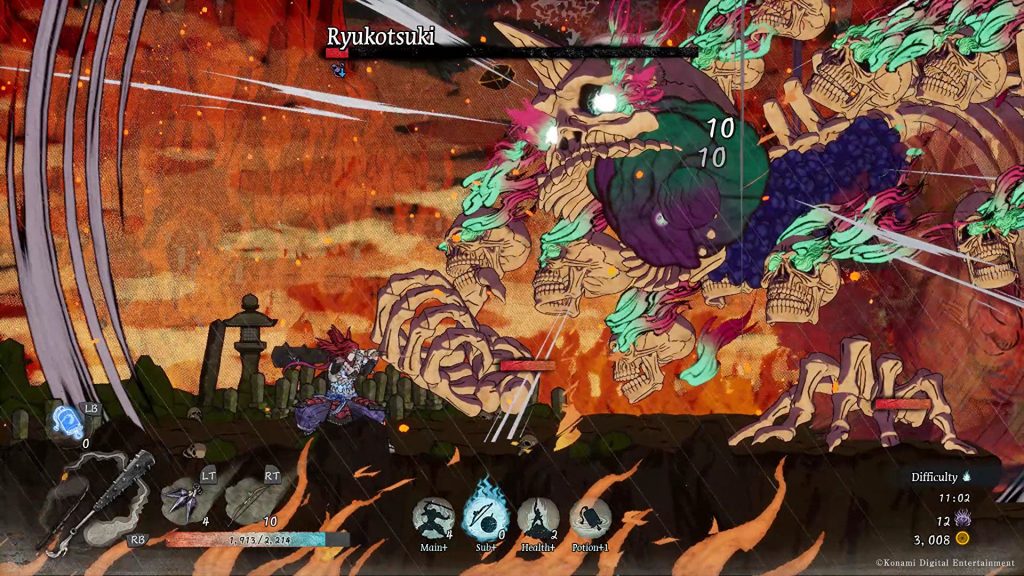 If you weren’t familiar with 1980s sidescroller Getsu Fūma Den, that’s likely becuase it was originally released on the Famicom in Japan. Not to worry though, you can get acquainted now, because Konami have resurrected it in a PC remake. The run-based Castlevania-ish action game sends the Getsu clan’s 27th leader Fuma into Hell to battle demon lords and stop the cataclysm. GetsuFumaDen: Undying Moon has launched on PC in early access so you can get to slashing baddies right now.


Komami say that GetsuFumaDen is inspired by the Japanese ukiyo-e art style, and it does make for some really neat looking levels. The bosses are especially fantastic, even if they’re also, you know, giant, terrible demons. You can spot several of them down here in the teaser trailer, including the giant centipede and the five-headed hydra and the skeleton with terrifying teeth.


As for the hacking and slashing of those bosses—and everything between them—Konami say that you’ll use a variety of weapon types with special moves. There’s also a crafting component that lets you unlock additional weapons abilities across runs.


As for its early access time, the developers say they’re expecting it to last up to a year. “For the full launch version, we will add several stages, weapons and playable characters,” they say. “Also, there will be adjustments made to the game balance as well as other optimizations patches. Users who participate in the Early Access will get a digital art book, original mini soundtrack and Famicom version of “GetsuFumaDen” as bonuses.”


The developers have outlined a schedule for some of their updates over on their roadmap website. They’re currently planning their first update for June to add another playable character Getsu Renge.


If smacking demons in hell is your kind of Friday night, you can go grab GetsuFumaDen: Undying Moon from Steam for £20/€25/$25.