La-Mulana 2 will explore new mysteries in an expansion 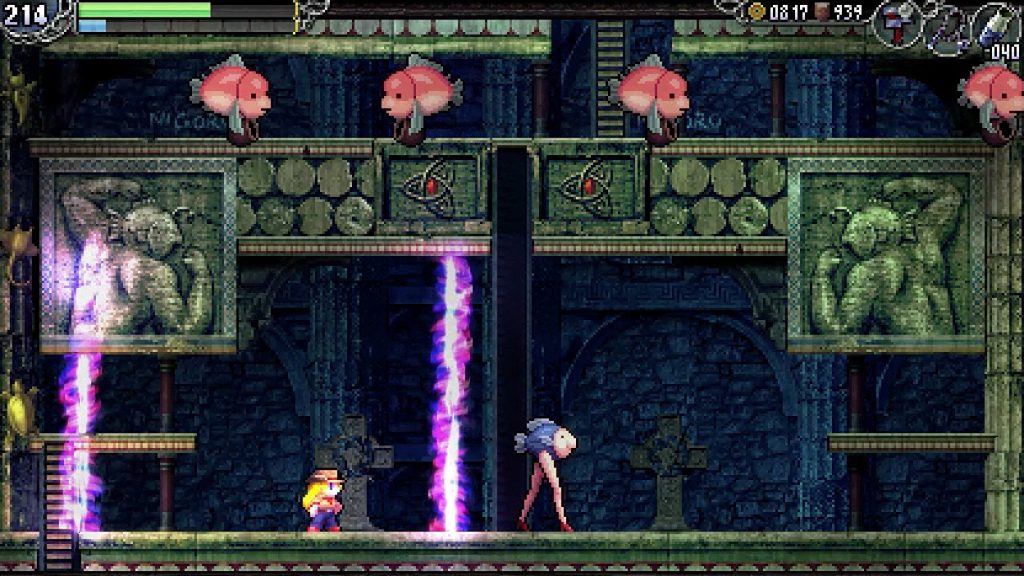 It’s almost three years since La-Mulana 2 launched, which is just about long enough for you to possibly have solved its many mysteries by now. How fortunate, then, that the makers will release an expansion for the explore-o-platformer later this year. Announced over the weekend, The Tower Of Oannes will send adventurers on a mega-difficult new quest to investigate a lost tribe from the subterranean cradle of civilisation.

“Revisit the ruins of Eg-Lana, following the discovery of survivors from a tribe believed to be extinct,” the devs say. “Exiled from Eg-Lana for lacking the required intelligence, the 4th Children have broken the seal to unleash an invincible power.”

As an exuberant idiot myself, yeah, I can totally imagine smashing a seal which locked away a terrible force. I bet it would make a good noise when I broke it. Maybe do some sparkles too. God, I’d love to smash such a seal. If you find one, please do let me know. But you, player dear, will need to have you wits about you, because the announcement says the new area “boasts a level of difficulty that rivals the Hell Temple”.

La-Mulana is a fascinating series. Loads of metroidvanias and other forms of explore-o-platformer have puzzles, but La-Mulana really requires you pay attention and think about clues. Its ruins are full of proper Indiana Jones-y mysteries. Though the platforming and violence can feel too tedious and frustrating, as Sam Greer talked in our La-Mulana 2 review.

“Nonetheless, the strangeness of it was enough to keep me hooked and moving forward in spite of the frustration,” she said in 2018. “I wanted to see where this bizarre continuation of an already bizarre story lead. I wanted to seek out the little side quests and I enjoyed unravelling the clever world, full of obscure puzzles and interlocking paths. Much as I might hope for a smoother experience, it’s hard to be too critical of it for staying so true to its intentions, even if I think they hold it back from being a much more interesting game.”

The Tower Of Oannes is due to launch sometime this year, and already has a Steam page up for wishlisting. Following this announcement, La-Mulana 2 has a 33% discount on Steam until May 22nd. The game is sold on GOG and the Humble Store too, but neither have it discounted right now.