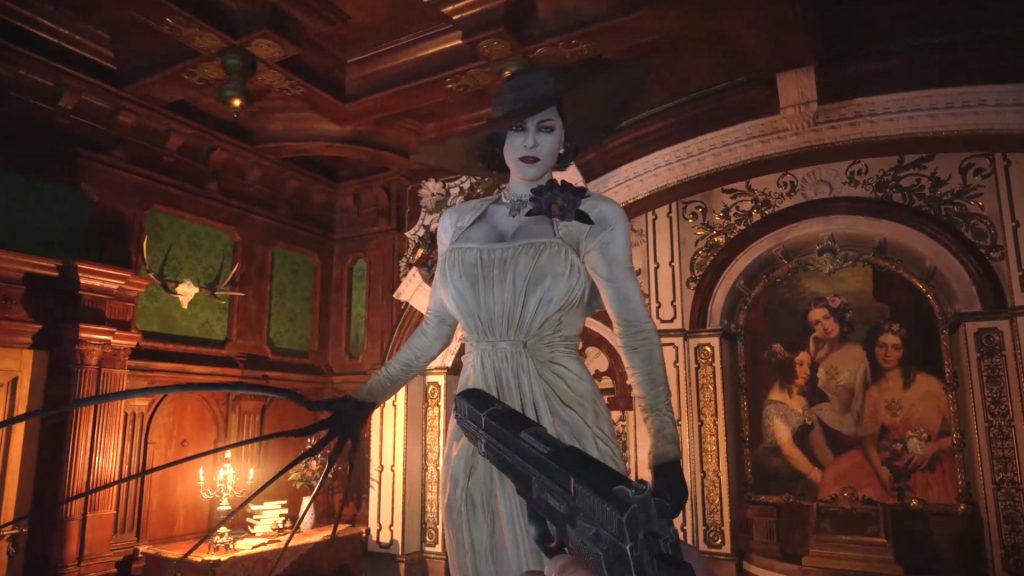 Capcom has confirmed that Lady D is, in fact, gon’ give it to ya. A pile of new Resident Evil Village previews have landed, alongside a sizable helping of gameplay video, which combined to reveal Lady Dimitrescu’s in-game role as a sort of upgraded take on Mr. X from the Resident Evil 2 remake.

Even in an official preview produced in partnership with the PlayStation Blog, Lady D’s connection to RE2’s imposing villain is clear: her “imposing stature and need to duck through doorways harkens to RE2 remake’s persistent Tyrant (a.k.a. Mr. X). Escape appears to be the name of the game when she’s on your trail, sharpened claws extended.”

Castle Dimitrescu seems to be a large, open-ended environment with puzzles that you have to solve in order to make further progress, in the vein of classic Resident Evil locations. As IGN describes in another preview, Lady Dimitrescu (and her ‘daughters’) will stalk you throughout the castle, complicating your journeys back and forth through the castle, just the role Mr. X played in RE2.

Of course, Mr. X didn’t hit the RE2 remake out of nowhere – even discounting his role in the original game. Jack Baker is a persistent threat through a pretty small chunk of Resident Evil 7, and that seems to have been the template for RE’s modern sort of big (and tall) bad. We also had Nemesis in the RE3 remake, though he turned out to be a pretty dull adversary, mostly chasing you through linear and scripted action scenes.

The Resident Evil Village PC release date is set for May 7. We’ll soon be meeting the lady of the castle in person.