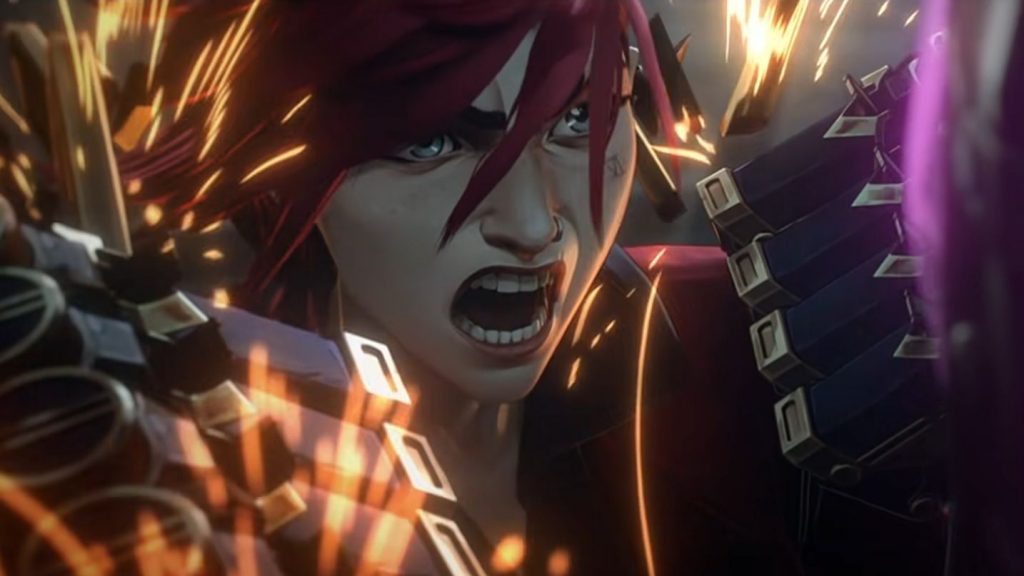 After it was delayed last year, the animated show based on League Of Legends is getting closer to a premiere. Riot have announced that the series will be coming to Netflix this autumn with a short teaser trailer.


From what we know so far, Arcane follows League champs Vi and Jinx. Otherwise, today’s teaser has pretty much the verbatim plot description from when the show was announced, saying “Set in the utopian region of Piltover and the oppressed underground of Zaun, the story follows the origins of two iconic League champions-and the power that will tear them apart.”


The new teaser trailer is plenty short, but you can spot Vi and Jinx in it for sure. There are flashes of a a couple other characters, one in a mask and a hood that might be skating through the air and another in a hood carrying a staff. Are they all different folks? Hard to say with how fast this teaser goes by.


That’s about all we’ve got this time around, though I’m sure the savvier League folks than I may have some theories to try on.


Arcane is now planned to premiere on Netflix this autumn, though a specific date hasn’t been announced yet.


In other corners of the Riotverse, the company recently shut down a fan-run classic League server in an uncomfortable fashion. They’re also planning to begin monitoring voice chat in Valorant in an attempt to combat hate-speech.