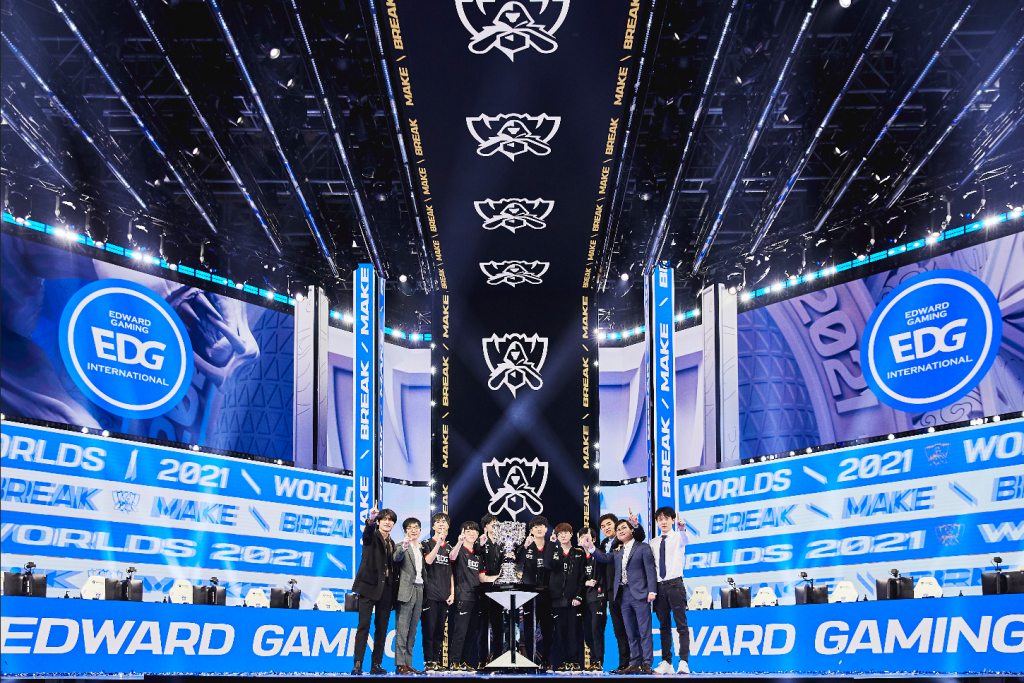 According to a new statement from Riot Games and live-streaming analytics organization Stream Hatchet, the 2021 League of Legends World Championship broke viewership records in a massive way as compared to last year’s tournament. The five-game series between the Chinese team EDward Gaming and the Korean team DWG KIA pulled in an astonishing 73,860,724 concurrent viewers at the peak, up over 60 percent from last year. The Average Minute Audience (AMA) was 30,604,255, up almost 33 percent from the 2020 tournament. While numbers released earlier this month noted over four million viewers at the finals’ peak, this number excluded the absolutely massive Chinese audience.

This year’s championship, held in Reykjavic, Iceland, was fully remote, which may be one reason why more people than ever decided to stream it than ever before. Last year, the final was the only round to feature an audience at the Shanghai location, with 46 million peak viewers tuned in to watch DAMWON and Suning duke it out. While that number seemed astronomical at the time, the Esports world is only continuing its upwards trajectory year after year. This year’s Worlds Final was broadcast on 34 different platforms in 18 languages by 19 broadcasters. There has been no breakdown of viewership by country quite yet, but we can imagine China takes up the lion’s share.

Initially, the 2021 championship was intended to be held in China for a second consecutive year, but due to travel restrictions and COVID protocols, the event was moved to Europe only weeks before the scheduled start date.

In related news, Riot Games has announced the host cities and venues for next year’s World Championship. In 2022, the tournament will be held through a multi-city North American tour, beginning in Mexico City before moving to New York City, Toronto, and San Francisco. This will be the first time North America has hosted the League of Legends World Championship since 2016.