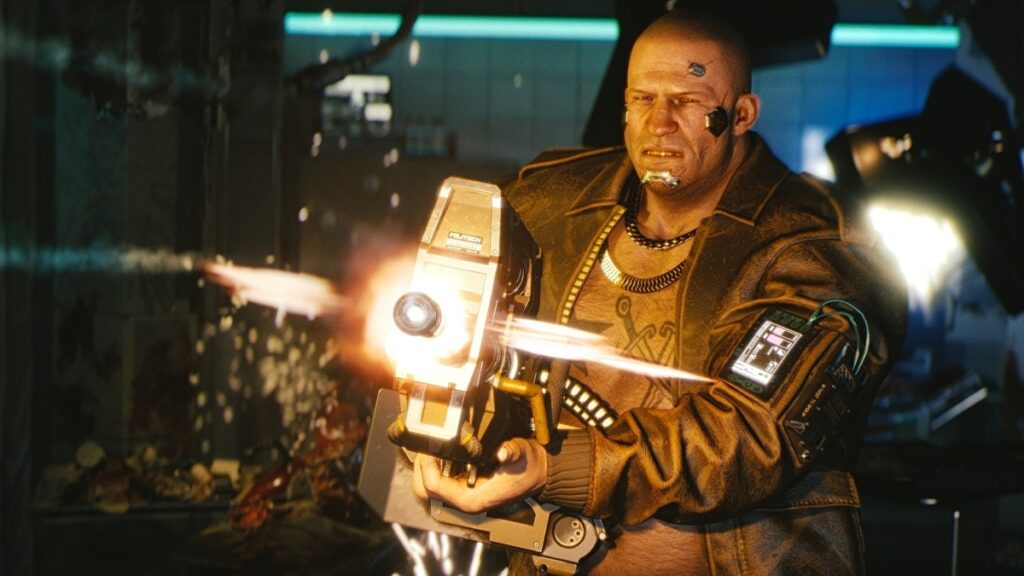 At the start of the weekend we heard that CD Projekt’s stolen data was being shared online, and it seems the floodgates are now well and truly open. A bunch of dev-made bug compilation videos are now circulating on social media and file-sharing sites, showing some rarely-seen work-in-progress builds and rather spectacular bugs.

As Eurogamer reported on Friday, some dev videos had already started to leak alongside the source code for Cyberpunk 2077, The Witcher 3 and Thronebreaker, and it appears many of these are now being shared on 4chan, Reddit and YouTube. Most of the videos are being shared using video hosting platform Streamable, but many are now being pulled offline (they are, after all, the result of an illegal ransomware hack).

Some are short clips showing the player-character being ricocheted into the sky to the sound of Shooting Stars, or being knocked out only to wake up to The Elder Scrolls V: Skyrim opening. Others are more complex – one compilation shows several bugs with an off-tune recorder version of Spoiler (the track by DJ Hyper used in Cyberpunk’s 2018 E3 trailer). Another lengthy edit called “CyberElBuggado2020” shows hotdog motorbikes, NPCs T-posing to the sound of Thriller, and Johnny Silverhand saying “this is going to be a disaster” in Spanish.

The dev-made joke videos are one thing, but perhaps more remarkable is footage of a demo version of Cyberpunk 2077 which was reportedly recorded in 2013. The game was first announced in 2012, so this video shows an extremely early version of Cyberpunk (for context, The Witcher 3 hadn’t even released at this point). The video shows V walking around an apartment while taking a phone call, interacting with a woman called Sandra, and making breakfast. All fairly basic stuff – but as it’s in third-person, you can imagine how the game might have looked if CD Projekt hadn’t decided to switch to first-person perspective.

Eurogamer contacted CD Projekt for a statement on the leaked videos, and was told the company did not have a comment on the subject.

Internal bug reels, of course, are not unusual in game development – so their existence shouldn’t come as a shock (although admittedly, it’s quite unusual to see them all dumped on the internet in this manner). As explained by Ubisoft Montreal community developer Gabe Graziani, “…bug reels are extremely common and are often compiled by QA for fun using clips of resolved issues.”

“Almost every studio makes these,” said a tester for Bungie. “Hell, even if it’s just QA, we make compilations for fun. We’re tired. We’re burnt out. We’ve earned a laugh at the weird shit we found and documented and often had fixed.”

Non-issue. Pretty standard for these to exist.

Doesn’t mean there weren’t problems, but this is not evidence of problems. https://t.co/O15f43dInt

Cyberpunk 2077, of course, launched with a bunch of bugs ranging from silly to game-breaking, and remains absent from the PlayStation Store due to performance issues on base consoles. So while bug blooper reels might be common in game development, many online are still interpreting the leaked blooper reels as “gotcha” evidence that CD Projekt knew the game was in a poor state before launch. It’s worth noting that a report by Bloomberg [paywall] in January found that the developers were well aware of the game’s problems, but that CD Projekt’s management dismissed concerns about the game’s performance in order to meet unrealistic deadlines.

The ransomware attack on CD Projekt, meanwhile, was carried out back in February. CD Projekt refused to pay the ransom and publicly disclosed the attack. After the hackers initially said they’d found a buyer for the stolen data (which includes console software development kits, source code and internal documents), the information was released anyway. So far it seems internal documents are yet to have leaked – the hackers claim to only be sharing these with members of the media – but source code, SDKs and dev videos are now loose on the internet.