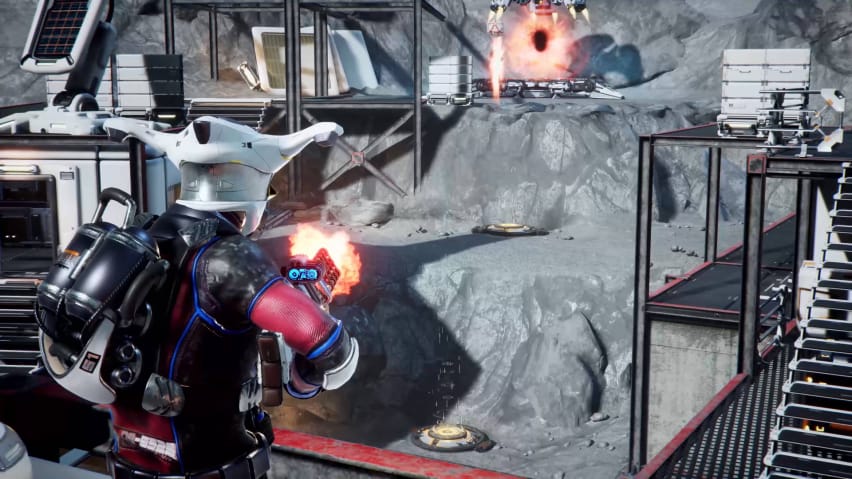 The Lemnis Gate beta start date has been announced for PC — you’ll soon be able to try out this time-bending game on PC later this month, but PlayStation and Xbox players are going to have to wait.

Lemnis Gate is a game with a rather interesting time travel mechanic. First revealed late last year, players will have 25 seconds to control one of their operatives. After that, the opposing players gets a turn. Players go back and forth, moving their operatives and adding on new actions until one player emerges victorious.

It seems like a simple enough game, but you’ll have to be particularly careful with the moves you make — after all, players interfering with one another can change the timeline and, ultimately, the results of the match. We later learned the Lemnis Gate release date window will be sometime in 2021, but you won’t have to wait too long to play it — a beta is arriving in just a few short weeks.

What Are the Lemnis Gate Beta Maps and Game Modes?

The Lemnis Gate beta is going to feature a total of four maps: Tectonic Wells, Quarry, Chimera, and Arbor. All seven Operatives will be available to select for the duration of the beta.

As for the game modes, the first is “Retrieve XM.” This game mode takes place on Tectonic Wells and Quarry; players are tasked with trying to retrieve as much Exotic Matter (XM) as possible before time runs out.

On the flip side of the coin, the “Domination” game mode is a little more straightforward. This other game mode takes place on Chimera and Arbor and features opposing teams attempting to control as much territory as possible.

When is the Lemnis Gate Beta Start Date on PC?

How Do I Get a Lemnis Gate Beta Key?

Here’s the bad news — the Lemnis Gate beta will be semi-public. There are three ways to get a Lemnis Gate Beta Key according to today’s announcement:

Frontier Foundry promises to detail more ways to get a beta key in the coming days. You’re definitely going to want to check it out — beta participants will score some neat exclusive rewards that will be available in the full game when it launches next month.

When is the Lemnis Gate Release Date?

The Lemnis Gate release date is August 3, 2021. The full game will be available for PC, PlayStation, and Xbox on that date.

For now, you can pre-purchase Lemnis Gate on PC via Steam for $15.99, a 20% discount as part of a pre-purchase promotion. You can learn more about the game and pre-order it on other platforms via its official website.

Are you looking forward to the Lemnis Gate Beta start date? Do you think the game will be able to make this unique style of gameplay work well? Let us know in the comments below!