Let’s Build a Zoo has a November release date, will feature animal splicing 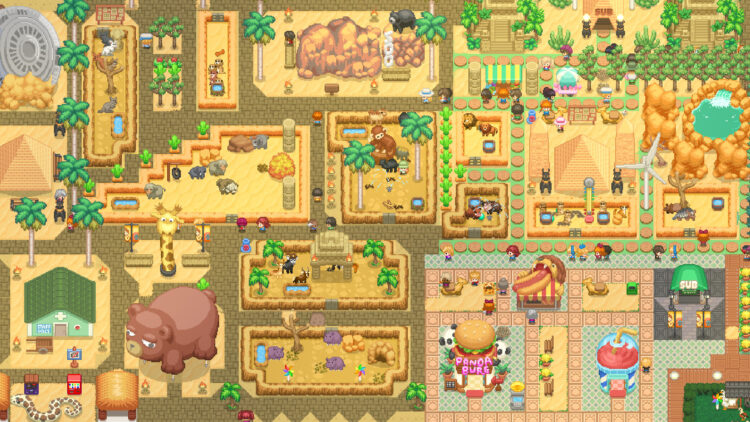 Developer Springloaded Games has updated fans on the progress of Let’s Build a Zoo. Let’s Build a Zoo is a top-down zoo tycoon game that has had its release date confirmed for November 5. This update was posted on the game’s official Steam page under recent events and announcements.

Let’s Build a Zoo has been in development for a little while now, having first been revealed in April. Its unique selling point is that it provides the player the ability to splice together different species. An example includes the Crocoduck, a mix between a Crocodile and a Duck. Or if that doesn’t tickle your fancy what about the Owlybara, a cross between an Owl and nature’s very own giant Guinea pig, the Capybara.

That’s a lot of animals

Once its release date arrives Let’s Build a Zoo will provide players with over 500 species to play around with. That means that there will be an incredible 300,000 different outcomes for splicing. If you can imagine an animal hybrid, it’s probably possible in this game.

Of course, the splicing isn’t all Let’s Build a Zoo has going for it. This is a sandbox tycoon game that challenges players to run and manage a successful zoo. It’ll be vital that any players looking to not go bankrupt carefully consider and take any opportunities to expand and grow.

Furthermore, players will be tasked with hiring suitable staff to help run their zoos. There’s far too much going on for one person to do everything so hiring the correct personnel is crucial. After all, an understaffed zoo means unhappy animals. Unhappy animals result in unhappy guests.

Don’t let the top-down, 2D sprite art fool you into thinking that Let’s Build a Zoo won’t give its players the freedom to build what they want. There is a large variety of buildings, foliage, paths, and decorations to customize your zoo with. Sound interesting? If so, consider checking out Let’s Build a Zoo on Steam and adding it to your wishlist.